Some industries, including restaurants, continue to fight the measures as unfair 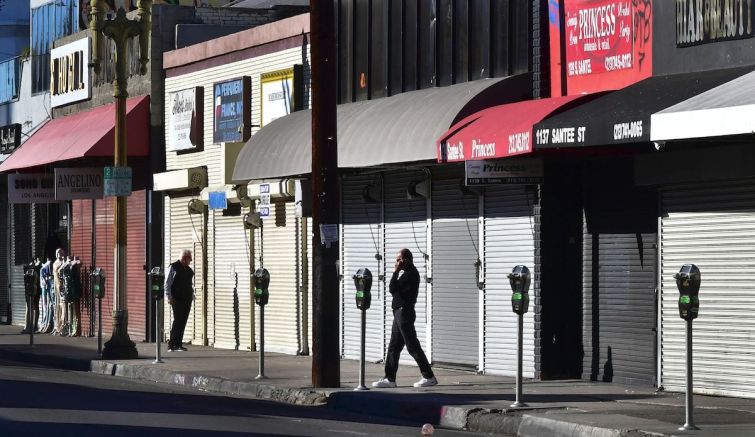 A man speaks on his cellphone in front of a row of shuttered small businesses in Los Angeles. Photo: FREDERIC J. BROWN/AFP via Getty Images 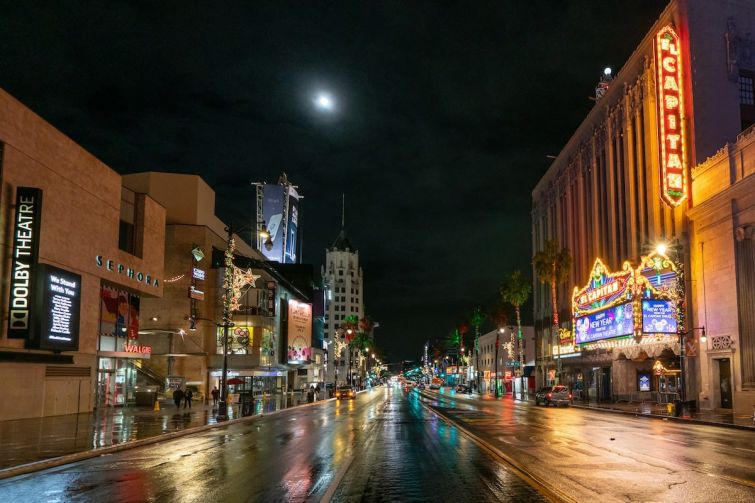 Hollywood Boulevard during the first rain of season on December 28. Without a daily flow of tourists and frequent movie premiers, the street was far more quiet than usual in 2020. Photo: AaronP/Bauer-Griffin/GC Images
Previous Next

State health officials are extending the stay-at-home order for the Southern California and Central Valley regions as they face their largest coronavirus surges yet.

Dr. Mark Ghaly, secretary of the state’s Health and Human Services Agency, announced Tuesday that California will continue the most recent set of business restrictions, which were triggered earlier this month and are based on each region’s ICU capacity. They will remain in effect until the capacity reaches above 15 percent.

Ghaly said Tuesday that ICU hospitalizations increased 35 percent over the last 14 days throughout the state.

“This is a tremendous amount of work for these hospital systems,” he said. “This is not evenly distributed around the state. … In Southern California, hospitals are running out of staff, having to use rooms that they don’t traditionally use, much longer-than-normal wait times in emergency departments. There’s a very critical difference between Northern California and Southern California right now.”

L.A. County is facing the highest numbers in hospitalizations and ICU patients since the start of the pandemic. County health officials also said Monday that hospitals are running out of space and they anticipate that the issues will be amplified following another potential holiday surge.

The economic restrictions include a temporary ban on outdoor dining and limiting other sectors to curb the spread of the coronavirus. Some businesses are fighting the closures, arguing the state doesn’t have enough evidence to prove that outdoor dining leads to surging cases. An L.A. restaurant owner filed a lawsuit against Newsom last week over the outdoor dining ban, after she posted to social media showing her closed establishment next to a movie crew that was allowed to move about a tent nearby.

L.A. County’s public health officials also announced on Monday that travelers who have been outside the country will be required to quarantine for 10 days when they return, which means they should not leave their home.