Sunday Summary: And the Winners Are… 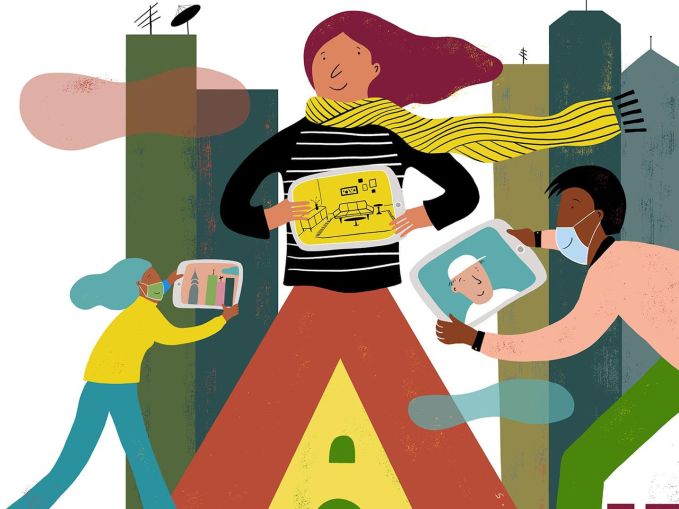 Every year in the late summer, Commercial Observer sends out a little notice to all our subscribers: We’re gearing up for Young Professionals; get your nominations in for the best and brightest. We sit back and wait for our inboxes to be flooded.

Most years, it’s an unvarnished pleasure to see who’s coming up in the field and who we have to keep our eye on — and, yes, it was a pleasure this year, too.

But in 2020 the process was tinged with a little something else. This year’s class will no doubt have a tougher road ahead of them than the young professionals of yore.

It also means that the ones who have come out on top are due an extra measure of respect.

On this Sunday we invite our readers to sit back and scroll through the list of men and women who are grinding it out in a real estate market that no one could have foreseen.

We singled out three such YPs for a little extra attention, spending a full day with Nightingale Group’s Will Hutton; sitting down and talking straight with Mesa West’s Danielle Duenas and hearing the origin story of Topaz Capital from Marc Hershberg. But the whole class of 2020, financiers, leasing and sales brokers, architects and engineers, was impressive enough to have been written about. (Seriously, scroll through it. It’s a lot of fun.)

Thinking about the future.

We’re not the only ones whose thoughts are on the next generation and all that they’re going to have to contend with.

We have to take our hat off to JPMorgan Chase. The mega bank promised to set aside a jaw-dropping $30 billion for affordable housing and small business loans for Black and Latinx businesspeople. It also pledged to originate another whopping $8 billion in mortgages to 40,000 Black and Latinx homebuyers. “We can do more and do better to break down systems that have propagated racism and widespread economic inequality, especially for Black and Latinx people,” Jamie Dimon said in the statement announcing the move.

Speaking of affordable housing, Mayor De Blasio also announced last week that he was moving forward with his controversial Noho and Soho rezoning plan which would allow 3,200 new affordable apartments in the chichiest section of Manhattan, despite some strong grumbling from residents.

On to practical matters!

There was some relatively good news this week in the form of leasing: Brooklyn Global Prep, a language immersion school, took 10,000 square feet at The Oosten, a luxury rental building on the Williamsburg waterfront.

And while restaurants come and go (sadly, so many have been going… sigh) one constant is Starbucks. The coffee chain re-upped its 1,192-square-foot ground floor space at Durst’s One Bryant Park. (Coffee? Ground floor? There’s got to be a joke that goes with that.)

Finally, in the horrific dumpster fire that is retail right now, it looks like Ikea and the other furniture stores are doing well. (No surprise there; how else is one going to survive WFH without comfy furniture to do so in.)

There were other interesting industry things happening: banking veteran Jonathan Chassin left his comfy perch at the Moinian Group for a managing director role at Walker & Dunlop. And the Naftali Group promoted David Hochfelder to lead its lending arm.

Yeah, you weren’t going to get off so easily.

It wasn’t exactly unexpected that the amount of sublease space in Manhattan office rose, according to a new report from Savills; 2.5 million square feet was added in the third quarter, squarely putting New York’s subleasing space in glut territory.

The numbers are edging close to the bad old days of 2009 when there was 16.3 million square feet on the market. (Today, it’s 16.1 million.) But it will probably get worse. Newmark Knight Frank estimates another 1.1 million added in the coming weeks.