Chassin joins the former AKS team at W&D, and will spearhead its loan sales business 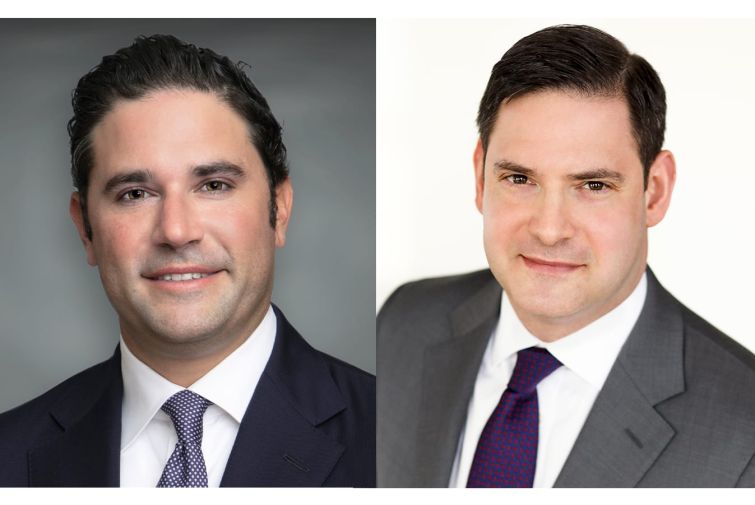 Jonathan Chassin has left his position at Moinian Capital Partners (MCP) for a new managing director role at Walker & Dunlop (W&D), Commercial Observer has learned. Chassin was hired by The Moinian Group in February 2017 to lead MCP, the landlord’s lending arm.

“I’ve known the team for 10 years, and we’ve done a ton of business together over the years, including some big deals at Moinian,” Chassin told CO yesterday. “Aaron [Appel] reached out to me pre-COVID, and asked me to consider the move. It took a little while but they twisted my arm, and it’s been fantastic.”

Chassin’s first day was July 20. After taking some time to settle in, he broke the news to his LinkedIn network yesterday.

“I think this is the natural evolution of our business,” Jonathan Schwartz, a senior managing director at W&D, told CO. “Joining Walker & Dunlop we had a team of 15, and we’re all about recruiting talent and someone’s ability to grow and be entrepreneurial.  We’ve worked with Jon repeatedly over the last decade, as an investment banker at Morgan Stanley and then transitioning with him when he started the credit business at Moinian — where we were successful in doing numerous deals together.”

Schwartz said W&D wanted to bring Chassin on as someone who has an investment banking background and the ability to sit with institutional clients on large loan mandates — which the team is actively working on right now. With Chassin’s hiring, the team only adds to its advisory credibility with someone who’s worked hand-in-hand with those institutional clients — and understands their needs — at the table.

“We can now say ‘Look, this is exactly how [a lender is] going to structure a deal,’ ” Schwartz said. “Jon has been instrumental so far in joining us. He obviously has a lot of deep relationships in the business and we expect him to bring some big deals to the table. So, that was a huge selling point for us to try to ‘twist his arm’ and bring him in.”

In addition to the debt and equity placement side, Chassin will also focus on spearheading W&D’s national loan sales business in his new role.

“This role is an opportunity to directly engage with clients and help them achieve whatever goals they’re pursuing,” Chassin said. “There’s a lot of distress in the market, and as a result we’re starting a loan business. It wasn’t planned that I’d be coming over in the middle of a crisis, but I’ve worked out and sold loan portfolios of tens of billions of dollars over the past 10 years, and those are the types of advisors that people need today. Again, it wasn’t really part of our original conversation but — given my background and my experience — it’s a natural fit for what’s going on around us today.”

“The loan sale business is an unfortunate part of the reality that we’re in, but we’re adding assignments in that area as well as the restructuring, recapitalization and advisory work,” Chassin continued.

Officials at Moinian declined to comment on a replacement for Chassin, but a spokesperson for MCP said: “Moinian Capital Partners is as active and robust as ever. We appreciate Jon’s efforts, and wish him well in his new role.”