‘This is becoming a very tenant-friendly market now’ 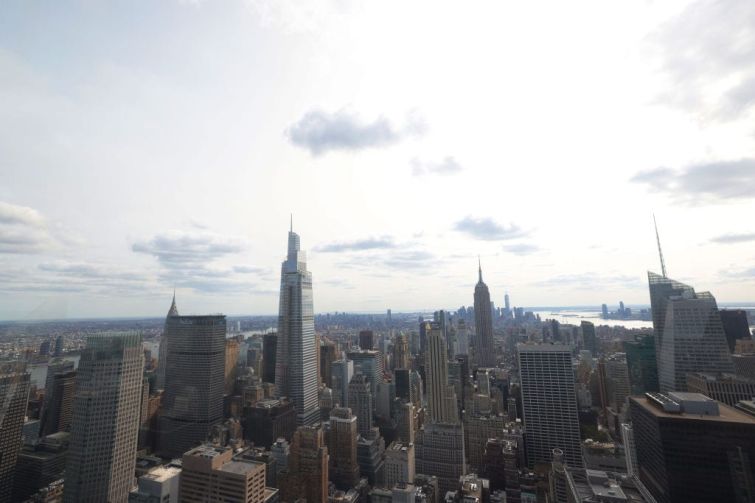 The amount of office space available for sublease in Manhattan continues to increase — reaching its highest level since the Great Recession — and has started to cause asking rents to decline in the borough, new reports found.

Manhattan saw 2.5 million square feet of sublease space added to the market in the third quarter of this year, bringing the total to 16.1 million square feet, according to Savills. It now accounts for 26.7 percent of all available space, a level experts previously warned means the city has a “glut” of it.

The numbers are close to the peaks seen in 2009 during the Great Recession when Manhattan had 16.3 million square feet of sublease space — which made up 30.3 percent of all available space — according to Savills.

A report from Newmark Knight Frank estimated that another 1.1 million square feet available for sublease will be added to the borough in the next several weeks, mainly due to coworking companies giving back offices. Regus has filed for bankruptcy at six locations in Manhattan while Knotel announced plans to shrink its portfolio and has been fighting it out in courts with landlords over missed rent.

“It’s a combination of providers,” Stephanie Jennings, managing director for national research at NKF, said about the coworking space set to come online. “I wouldn’t place it too heavily on any one company. I think it’s pretty well spread.”

So far, 23 coworking locations around Manhattan have closed since the start of the pandemic, giving back 1.2 million square feet of space, according to NKF.

And for the first time since the start of the coronavirus pandemic, office rents have started to slip around the borough. The average asking rent fell to $80.29 per square foot in the third quarter, a 3.1 percent drop compared to the second quarter and the first time since 2017 Manhattan saw a 2 percent decrease, Mangru said.

“This is really the first quarter we’re really seeing the impact of sublease space,” Mangru said, adding that sublease space tends to be 10 to 15 percent cheaper than direct deals. However, those discounts might be slightly less now since some of the new sublease space coming on the market is in new construction and therefore carries a higher price tag, Mangru said.

Every major Manhattan submarket faced drops in average asking rent last quarter, but Midtown South was hit the hardest with a quarter-over-quarter decline of $3.11 per square foot, according to NKF.

“There’s a little bit of repricing going on among spaces that were already available,” Jennings said. “Sublease space was also significant in that trend.”

However, leasing activity has started to increase compared to the “pandemic pause” from the previous quarter, Mangru said.

The third quarter saw 4.6 million square feet of deals signed, a 29.6 percent improvement compared to the second quarter, but it was still a 44 percent drop compared to last year, NKF found.

“People were happy to see that activity has started to pick up again,” Jennings said. “There were a number of large transactions.”

“Anytime you see renewal account for over 30 percent, that’s for sure a sign of a slowdown in demand,” Mangru said. “If you take out that Facebook deal, you’re looking at renewal activity being over 50 percent.”

And the number isn’t expected to get better in the future. With the increase of allowing staff to work from home, Savills’ expects there to be a 10 to 20 percent decrease in demand for office space in the borough in the future.