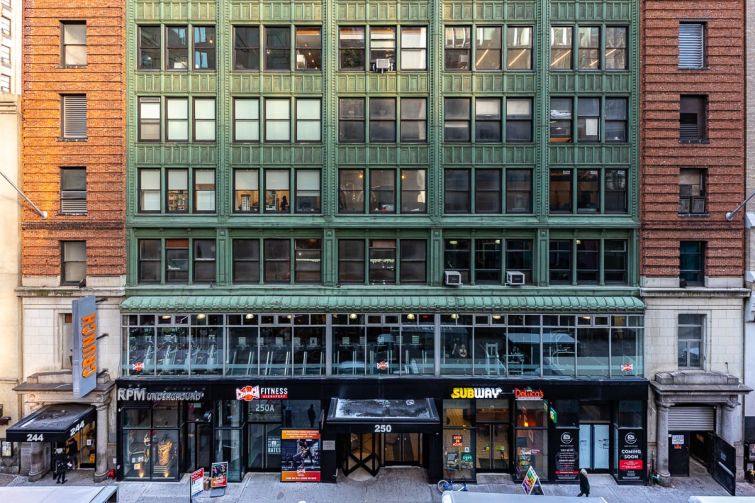 A performing arts college which counts singers Jason Derulo and Janelle Monáe as alumni inked a deal to take over the former Shelter Studios & Theater space in Midtown.

The American Musical and Dramatic Academy (AMDA) signed a 10-year lease for 33,915 square feet on the 10th through 12th floors, along with the penthouse and two private terraces, of the 13-story 250 West 54th Street, the New York Post first reported. Asking rent was between $59 to $62 per square foot.

AMDA was on the hunt to expand from its 211 West 61st Street location but the coronavirus pandemic kicked it into high gear as it realized it needed even more space to maintain social distancing, said SquareFoot’s Jeffrey Rosenblatt, who represented AMDA in the deal. The school was close to finalizing another deal when the Shelter Studios’ space came on the market, and, since it was already set up as a rehearsal studio, required much less build-out to get up and running.

“It was perfect timing and the perfect fit,” Rosenblatt said. “The building has music history and it kept the flavor of the music industry.”

AMDA plans to open its new outpost on Nov. 1, according to Rosenblatt. It will take over from the iconic Shelter Studios, which closed in May after nearly three decades, The Real Deal reported.

Rosenblatt worked on the deal along with colleague James Cleary. Dario Zar and David Zar of Zar Property NY handled it in-house for the landlord. Zar declined to comment.