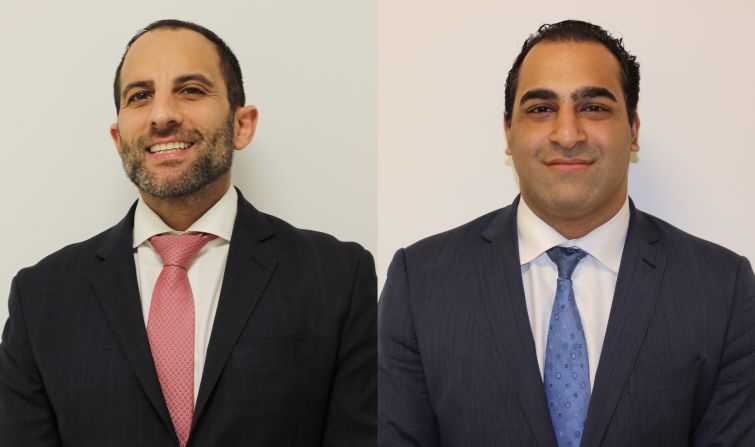 At RKF, they both will continue to focus on tenant and landlord representation in the New York metro area.

“I chose RKF because of the company’s successful track record and leading position in the industry,” Idnani said in a statement emailed to CO. “I’m incredibly excited to be joining the team.” (Geoghegan declined to provide a comment.)

Geoghegan, a broker, and Idnani, a salesperson, worked on James Famularo’s retail leasing team at Eastern Consolidated since the company launched the division several years ago, as CO reported in January 2014.

“People come and go in this industry,” Famularo said of the duo’s departure. “I enjoyed working with them and wish them luck at their new company.”

Geoghegan, who specializes in the Hell’s Kitchen, Chelsea and Upper West Side neighborhoods, has represented owners and developers. Within an 18-month period, he helped find the PokéSpot’s first location at 120 Fourth Avenue, which opened in August 2016. Then he negotiated a second lease for the tenant at 25 Cleveland Place (it opened in April 2017) followed by a space for an affiliated retail concept, Project Cozy, on the ground floor of New York University’s dorm at 398 Broome Street. That opened in summer 2017. Last year, he helped arrange a lease for celebrity chef David Chang‘s Momofuku Nishi at 232 Eighth Avenue.

Idnani is a pro in the restaurant and fashion industries. His recent deals include leases for Eat Club at 109 West 27th Street in NoMad and YokeyPokey, a virtual reality arcade, café and bar at 537 Atlantic Avenue in Boerum Hill, Brooklyn. He also represented celebrity fitness trainer Tony Molina in leasing a 1,550-square- foot fitness center on the top floor of 56 West 45th Street and arranged a 9,000-square-foot lease for Kiddie Academy at 282 South 5th Street in Williamsburg, Brooklyn, in July 2016.

“We are thrilled to add Jeff and Ravi to our New York team,” Robert Futterman, the chairman and CEO of RKF, said in prepared remarks. “Both have a track record of driving growth and strengthening relationships between landlords and tenants, especially in the restaurant space.”