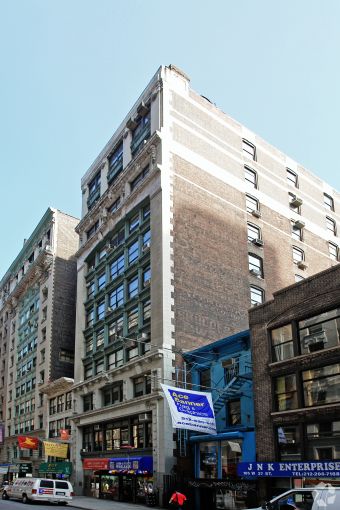 The online food delivery startup, which is similar to Munchery, Stadium and Caviar with its curated online office lunch delivery service, signed a 10-year lease for 1,500 square feet on the ground floor of the 11-story 109 West 27th Street, according to information provided by Eastern Consolidated. Office tenants in the 43,000-square-foot office building include publisher Artifex Press, printer shop Absolute Color and courier service EZ Courier.

Its new digs, between Avenue of the Americas and Seventh Avenue, mark the food tech company’s first preparation and distribution center in New York City. The asking rent for the commissary hub space was $125 per square foot, according to Eastern.

“The space at 109 West 27th Street is centrally located, and will be ideal for Eat Club,” Eastern’s Ravi Idnani said in prepared remarks. “The business caters to the tech industry in its other locations in Los Angeles and the San Francisco Bay Area, so it was important to secure a site near the tech companies in NoMad as well as offices in Midtown.” He noted that the new space will open next February or March.

Eat Club—which has raised a total of $46.5 million since its 2010 inception, as per Crunchbase—is already established in San Francisco and Los Angeles.

“They’re definitely adding competition to the existing quick service restaurants in the market but are competing for customers at the best possible prices,” Idnani added.” Eat Club’s model is tested and has succeeded in other markets and works to partner with their local businesses and deliver the highest quality and diverse range of food.”

The company will face competition in New York City from Munchery, with its ready-to-eat dishes and cooking kits, Stadium, which delivers individual dishes from different restaurants at the same time, and Caviar as well as Seamless and Grubhub (the latter two merged in 2013), which provide online food ordering from local restaurants.

Shaunak Amin, the founder of Stadium, said adding another player into the space is “great.” His company’s business “has grown significantly”—as in more than 300 percent in the last 12 months—“and [we] expect the trend to continue.”

Stadium is thriving, Amin emailed, because “We are targeting companies and groups and not individuals so the average order size tends to be larger which makes the unit economics work. Our average order size is around $300. Our service is significantly different from most, if not all other services. We are the only company where a group of 30 can order from 25 different restaurants all over New York City and have everything arrive together—hot food hot, cold food cold. Given this differentiation, we appeal to groups where different people have different tastes, moods and restrictions.”

“While an incredibly difficult decision for us given the effect on our core operations, it became clear that we needed to close the Maple operation here in New York and look for a partner with scale—one that would allow us to leverage all that we had built across a broader platform,” according to the letter Maple issued in May, as per Business Insider. The closure included competitor Deliveroo’s London business absorbing some Maple staff and integrating its technology.