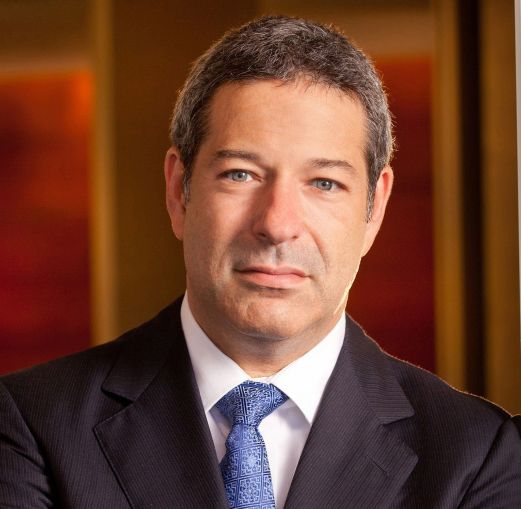 A few hours after skipping the agency’s board meeting in frustration, Steven M. Cohen, the vice chairman of Port Authority of New York & New Jersey, abruptly resigned amid tensions between New York and New Jersey officials.

Cohen’s departure was made official yesterday, sources familiar with the situation said, and came because he was frustrated with disagreements over reform measures and funding a new Port Authority Bus Terminal.

The longtime aide to Gov. Andrew Cuomo is leaving less than six months after taking over as the highest-ranking New York commissioner of the bi-state agency. A source with knowledge of the ongoing situation said Cohen is slated to officially step down from the board by the end of this year.

One of his main concerns had been with funding a new bus terminal, which the board earlier this year voted would absolutely be built in Manhattan. That’s supposed to be part of the 10-year capital budget that the Port Authority still hasn’t passed.

“On the one hand, a new terminal is desperately needed,” said Steven Malanga, a fellow at the Manhattan Institute who focuses on the cross between the economy and public policy. “On the other hand, there’s no realistic overall plan on how you would finance it.”

Many have considered Cohen as the person who was going to take reforms at the Port Authority to the next level, following earlier efforts to clean up the agency after Bridgegate. One of the few New Yorkers with less of a real estate background and more of a political one, he was supposed to implement new structure of the organization, Malanga added.

“My impression was that [Cohen’s] appointment was really to push reform, not to be an expert in dumping assets,” he said, referencing efforts by the Port Authority to sell its real estate holdings. “If it’s just this idea that this agency is going nowhere and that the promised reforms aren’t going to happen, I don’t know how you’re going to fix that.”

Sources said the feeling within the agency right now is of frustration and disappointment that there’s an impasse over the measures.

Another governance issue has been the two-year search for a CEO to run the agency. Both states passed legislation that restructures the Port Authority to be run by a chief executive who is approved by both governors. Once that happens, each state will alternate the chairmanship and vice chairmanship (right now, a New Jersey appointee is always chair and a New Yorker is always vice chair). Cuomo and New Jersey Gov. Chris Christie have been unable to agree on a candidate, much to the chagrin of Cohen and Port Authority Chairman John Degnan.

In terms of real estate, commissioners typically vote to approve leases either with or for the agency, set policy in terms of its current holdings and give the executive director the ability to negotiate sales. They also have considerable sway over construction projects undertaken by the agency: New Jersey officials in March threatened not to support construction of a new central terminal at LaGuardia Airport in order to guarantee that a new bus terminal be built in Manhattan.

His departure creates a second vacancy for New Yorkers on the board. Scott Rechler, the CEO of RXR Realty and Cohen’s predecessor as vice chair, resigned from the board in October after five years. A replacement for the real estate executive has yet to be announced.

While there’s time for Cohen to change his mind, sources indicated his departure is a sure thing. The governor will have to nominate a replacement for Cohen (as well as one for Rechler) and will then have to be confirmed by the state Senate. A spokesman for Cuomo did not immediately comment.