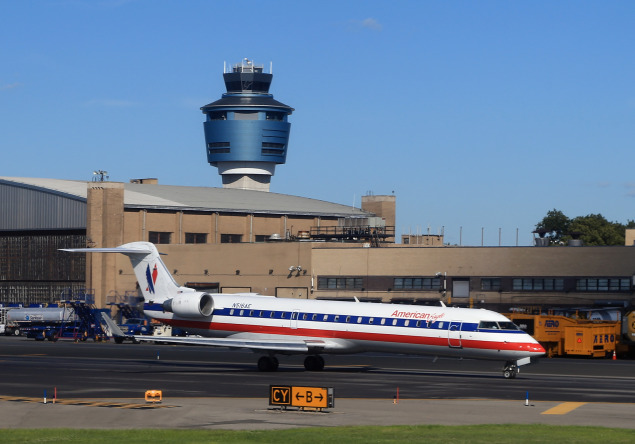 The Port Authority of New York & New Jersey’s board of governors approved a multi-billion dollar project to build a new central terminal building at LaGuardia Airport.

Board members voted to authorize LaGuardia Gateway Partners—a group of seven developers and airport specialists—to design and build a new central terminal, officially known as Terminal B, which is expected to cost a whopping $4.2 billion and slated for completion somewhere between 2020 and 2021.

Key leaders of the Port Authority argued several times during the meeting over the true cost of the project, however, and whether the price was actually $4 billion or higher as well as who has oversight of the project. Executive Director Patrick Foye and Vice Chairman Scott Rechler said that roughly $1 billion of overall work at the airport between 2004 and earlier this year should not be factored into the cost, as outlined in the agenda for the meeting, because it was approved by prior Port Authority boards. But Chairman John Degnan said the previous work should be included in the cost to the reconstruction of Terminal B because it wouldn’t have happened without the planned overhaul and is “based on the language of the resolution that [is] before the board today.”

Despite earlier qualms about the project’s new central hall that won’t be accessible for years, Mr. Degnan supported construction of a new Terminal B while urging the work stay on time and within its budget. Mr. Degnan’s support partially comes from the Port Authority’s agreement to ensure a new Port Authority Bus Terminal would be built in Manhattan instead of New Jersey, as had been floated in the last few months.

“As long as we are open and transparent about costs and goals and as long as we adhere to our core mission of transportation infrastructure, then compromise rather than stalemate is what will allow us to move forward,” Mr. Degnan said in a statement he read aloud before the vote.

The decision follows a string of delays, as recently as last month, when the board decided to table the vote until today so it could further review the agreement. The vote was nearly put off yet again following pushback from member Kenneth Lipper, who took issue with how contract changes and negotiations are done in expensive projects. Mr. Lipper, a New York appointee to the board, said it wasn’t right that an executive director, who can’t be hired or fired by the board, manage contracts, along with spending changes being approved by a committee instead of the full board. Instead, he urged that the Port Authority’s general counsel review any future contract changes and be approved by the full 12-member board.

“This is how the Oculus happens,” Mr. Lipper said, referring to the World Trade Center PATH station, which opened earlier this month after a long delay and double its original $2 billion budget.

Under the terms of the plan, LaGuardia Gateway Partners will build a new terminal and manage it until 2050, according to an agenda published last week. The group, which will effectively manage the building through a 30-plus-year ground lease, would collect revenue from airlines using it and potential retail tenants in the terminal.

But the rising cost and concern over unmet deadlines has had many worried about the overhaul becoming over budget and delayed. In agenda for today’s meeting, the Port Authority noted that the overall cost of the project trickled up to $5.3 billion from $3.9 billion in 2014 after factoring in capital improvement work done since 2004, when the idea for a new Terminal B was conceived.

Regardless of the price, infrastructure advocates have pushed for a revamped LaGuardia—first Terminal B, followed by the rest of the northwestern Queens airport. Port Authority officials have pointed out that the 835,000-square-foot Terminal B is more than 50 years old and designed to handle just north of 8 million travelers per year, as Commercial Observer has previously reported. That’s more than 5 million less than the estimated 13.7 million people who passed through it in 2015, which is about half of all travelers using LaGuardia as a whole, according to the Port Authority.

Richard Anderson, the president of the construction advocacy New York Building Congress, said LaGuardia’s overhaul was second in importance only to the Gateway Tunnel between New York and New Jersey in infrastructure investment.

“A new LaGuardia Airport is one of the most critically needed projects in the tri-state metropolitan region,” Mr. Anderson told CO. “It’s in severe disrepair. It’s long overdue.”

“Terminal redevelopment at both LaGuardia and Newark is much needed and long overdue,” Joseph Sitt, the founder of Thor Equities and airport redevelopment group Global Gateway Alliance, said in prepared remarks, “so we applaud the Port Authority for moving on projects that will help transform the region’s airports from ‘Third World’ to first class.”