After Decades as a New York City Landlord, the Port Authority is Going Back to Its Roots 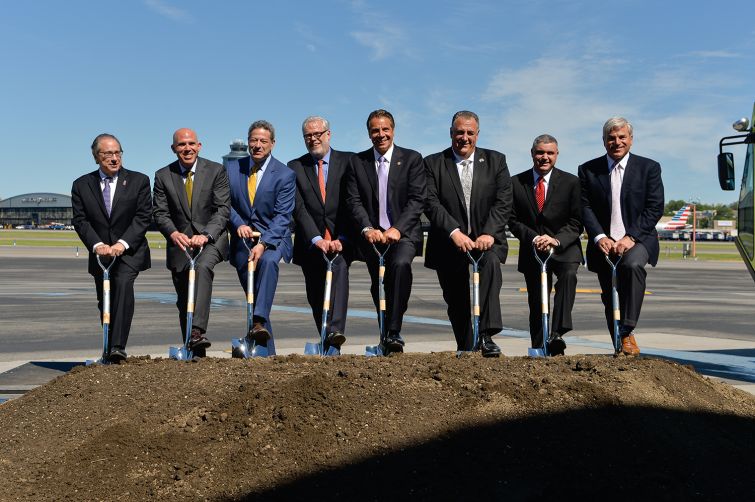 This is a story about how a transportation agency became one of New York City’s largest nontraditional landlords, and how it is trying to revert back to its original mission.

The Port Authority of New York & New Jersey was founded by the states of New York and New Jersey in 1921 to manage New York Harbor along with the bridges and tunnels that cross the Hudson River.

But in the 1960s it inherited the bankrupt subway that ran between the two states known today as the PATH train. So it turned to real estate as a revenue source to subsidize the floundering system.

“There were times when they saw themselves as an industrial development agency,” said Barry Hersch, a clinical associate professor at the NYU Schack Institute of Real Estate. “They did the World Trade Center. Would they do that today? Probably not.”

Now, the agency has 5.4 million square feet of commercial space, according to an analysis by CoStar Group for Commercial Observer. But the Port Authority is trying to shed that development image after years of construction missteps.

Port Authority Executive Director Patrick Foye told CO in July that the agency had dumped $1.5 billion worth of nonessential real estate over the last three years. The bi-state agency is exploring selling off more properties such as its teleport on Staten Island and its majority stake in 1 World Trade Center.

“There are others we are looking at currently,” he said.

Its controlling share of 1 WTC isn’t going anywhere just yet, however. Port Authority Chairman John Degnan told Politico New York in September that while selling the 3-million-square-foot building is a long-term option, the agency wasn’t going to sell it anytime soon.

Other holdings across the boroughs include the 454,000-square-foot Bathgate Industrial Complex in the Bronx. The Port Authority became increasingly involved in these industrial and office types of properties in Staten Island and Elizabeth, N.J., according to Jameson Doig, a professor at Princeton University who has authored a book on the organization.

“I suppose they could be called real estate ventures, though they were focused on job creation,” he said in an email.

The Port Authority’s real estate endeavors began in earnest under New York Gov. Nelson Rockefeller, who successfully steered the Port Authority to develop the original World Trade Center in the late 1960s (the Twin Towers opened in 1973). By the mid-1970s, the city was going bankrupt, and companies were leaving New York, said Nicole Gelinas, a senior fellow at the Manhattan Institute, a conservative-leaning think tank.

“This was their original sin back in the 1960s,” Gelinas said of the Port Authority’s entrance into the real estate game. “They kind of lost sight of what they were supposed to be doing.”

Gelinas added that the World Trade Center didn’t become profitable to the agency until the 1980s, but the Port didn’t sell the leasehold on the complex to a private developer until 2001—six weeks before the Twin Towers were destroyed on 9/11. Rebuilding the complex put the Port Authority $4 billion in debt, Gelinas said, noting that that was a major reason why the agency has begun selling its pure real estate assets.

A Fight for Change in George’s Name

By Kirk Sykes and Tammy Jones