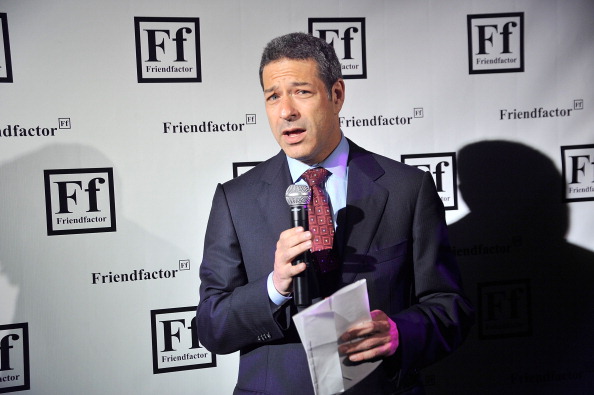 It’s becoming a battle of the buses.

Commissioners of the Port Authority of New York & New Jersey seem to be at odds over the bi-state agency’s 10-year capital budget, especially the Port Authority Bus Terminal. So much so that Vice Chairman Steven M. Cohen skipped today’s board meeting in an act of protest because of the disagreements as well as governance issues.

“I think everybody who’s worked with Steve knows he feels strongly about governance…and is a strong proponent of Port Authority reform,” said Patrick Foye, the executive director of the Port Authority, in a press conference after the meeting. “And his absence today is a reflection of that.”

Cohen, who took over as the highest New York appointee in May, did not immediately return a call for comment.

The 10-year budget was originally supposed to enter the public review process at the end of the year, but has been pushed back until the start of 2017. A price tag for the new terminal has ranged anywhere from $10 billion to $15 billion. Foye said that no matter what the cost, construction of a new bus terminal would be earmarked in the capital plan.

“We’ve made that commitment,” Foye said. “There’s no going back.”

Tensions came to a head this week when Rep. Jerrold Nadler, who represents Hell’s Kitchen where the new bus center would be built, fired off an angry letter to Degnan that demanded he recuse himself from the process. Nadler accused Degnan of standing to get personal financial gain from the project, as Politico New York reported. The Port Authority chairman responded with his own missive, saying he didn’t understand where Nadler was coming from.

In today’s press conference, Degnan said the commitment was still to construct a new facility in Manhattan and would so outlined in the capital plan. He also dispelled any suggestion that he stood to have personal financial gain from a Manhattan bus terminal.

“We need to move this forward,” Degnan said. “And it’s critical that we get beyond whatever the impetus is that Congressman Nadler’s letter and the step back that that reflects needs to be overcome. I wish I knew exactly what compelled him to make that statement.”

A spokesman for Nadler did not immediately return a request for comment.

Officials’ hands have been tied to constructing a new facility on the West Side of Manhattan since March, when New Jersey commissioners threatened to withhold their support of a new central terminal at LaGuardia Airport.

Nadler and other Manhattan elected officials in July protested the Port Authority’s decision to commit the facility to New York rather than New Jersey, and asked the commissioners to delay its design competition for a new terminal as a new one would likely displace homes and businesses. Eventually agency officials agreed to use the designs merely as concepts and involve the community further, and would try and stay away from eminent domain—which likely would require taking over private properties.

Sen. Loretta Weinberg, the majority leader of the New Jersey State Senate, testified to the Port Authority today that she, too, didn’t understand Nadler’s complaint. She said that officials from both states had met in Nadler’s office as recent as Oct. 27 to discuss the plan, and had been working up until Tuesday to figure out a compromise.

“Quite honestly I’m astounded,” she said.

Another New Jersey senator, Robert Gordon, also took a shot at Gov. Andrew Cuomo—alleging that New York’s top executive was trying to divert capital away from the project.

“My own view is that perhaps Governor Cuomo has inserted himself into this project or wants to derail this project for some reason,” said Gordon, who represents portions of northern New Jersey. “We don’t know.”

Degnan declined to comment on the suggestion. A spokeswoman for Cuomo did not immediately return a request for comment.