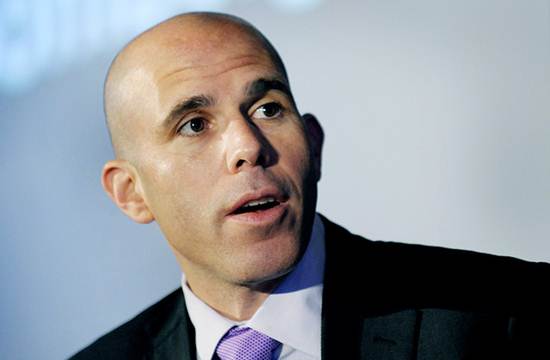 Commissioners of the Port Authority of New York & New Jersey unanimously voted today at their monthly meeting to name Steven M. Cohen as vice chairman of the bi-state agency, replacing RXR Realty’s Scott Rechler as he transitions off of the board.

Mr. Cohen, a former aide to Gov. Andrew Cuomo and current general counsel for MacAndrews & Forbes, thus becomes the highest-ranking New York appointee on the board. He joined nearly a year ago, filling the seat vacated by Basil Paterson who died in April 2014.

Mr. Rechler, who announced last month that he planned on transitioning away from the entity, said today that he would stay on as a commissioner for an undetermined amount of time. He’s served as a commissioner since 2011, becoming vice chair in 2012. Mr. Rechler served as acting chair of the Port Authority for almost four months following the resignation of Chairman David Samson during the Bridgegate scandal that tarnished the entity’s reputation. (The chairman of the Port Authority is always a New Jersey appointee, while the vice chair and executive director are New York appointees.)

Mr. Cohen spent five years working for Mr. Cuomo beginning in 2006 as chief of staff for the then-attorney general. Following Mr. Cuomo’s election as governor in 2010, Mr. Cohen became secretary to the governor, a high-ranking position in the capitol. He left Albany in 2011 to oversee expansion of the New York City offices of Washington, D.C.-based law firm Zuckerman Spaeder, as The New York Times reported at the time. In January 2013, he became general counsel and chief administrative officer for MacAndrews & Forbes, a holding company that’s headed by Ron Perelman, an active political donor to Mr. Cuomo.

The state Senate approved Mr. Cohen to become a Port Authority commissioner in July 2015, along with Hamilton James, the president and chief operating officer of private equity giant Blackstone Group, and Michael Fascitelli, the former chief executive officer of Vornado Realty Trust and founder of Imperial Capital. After his approval as vice chair, Mr. Cohen pledged to keep a strong rapport between New York and New Jersey on the board.

“What I found is it operates best when it operates as a partnership,” Mr. Cohen said at the meeting. “I think everybody that currently is on this board has the best interest of the public, the two states and the region” in mind.

In his remaining time with the Port Authority, Mr. Rechler said he plans on handling several key agency issues such as better transparency, an issue he has been working on since becoming commissioner, and developing a 10-year capital plan. “I look forward to continuing to work with the board,” Mr. Rechler said. “Steve, I hand the baton off to you.”

Chairman John Degnan, who replaced Mr. Samson in July 2014, told Mr. Rechler during the meeting: “I’m personally delighted you’re going to stay on the board for some time.”

Port Authority Executive Director Patrick Foye, who took over day-to-day operations of the agency in 2011, said Mr. Rechler had saved the agency roughly $2.5 billion in his capacity as a commissioner, which is an unpaid part-time role. Those savings, Mr. Foye said, were in developing a spending plan for the World Trade Center site, as well as the $1.4 billion contract with retail manager Westfield to manage the shopping center at the World Trade Center PATH station.

“Scott’s stalwart reform of governance reform in 2012, when such reform was not vogue, was critical,” Mr. Foye said.

In recent months, Mr. Rechler clashed with Mr. Degnan and the board’s New Jersey delegation over a new Port Authority Bus Terminal. Mr. Rechler suggested a replacement facility be built in New Jersey instead of on Manhattan’s West Side. He walked that back in March, however, as Mr. Degnan agreed to push through a $4.2 billion plan to build a new Terminal B at LaGuardia Airport. Mr. Rechler said during the March board meeting that his main concern was congestion in the Lincoln Tunnel, which handles most bus traffic from New Jersey to the current terminal, as Commercial Observer previously reported.

Mr. Rechler told Crain’s New York Business this week that he decided to leave the board after five years because of political back and forth between the two states, as well as a desire to focus on RXR’s expansion. Indeed, the company has been growing with its $1.2 billion purchase of 230 Park Avenue last year and last week’s $1.65 billion buy of 1285 Avenue of the Americas between West 51st and West 52nd Streets.