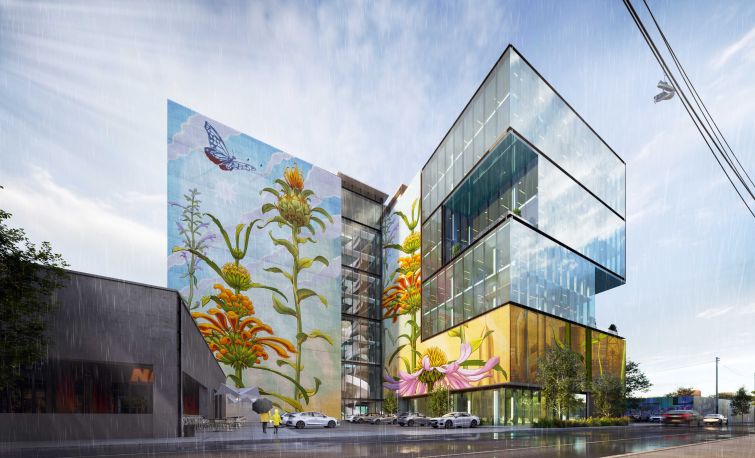 The real estate company that put Wynwood on the map is back, with plans to leave its mark on the Miami neighborhood.

Goldman Properties unveiled plans for Core Wynwood, a Class A office building located at 390 NW 25th Street. The property is slated to open in 2024 with construction commencing this December.

The firm hopes the nine-story building will become the crown jewel of Wynwood offices.

“Our goal was to design a building where tenants would say, ‘Wow. Goldman Properties thought of everything,” Scott Srebnick, CEO of Goldman Properties, said in a statement, having tapped Perkins&Will’s Pat Bosch as the project’s lead architect.

Goldman Properties has not yet sought out financing to fund the construction, a spokesperson told Commercial Observer.

The proposal comes as a slew of companies have moved into Wynwood, following the 10-year office deals of venture capital firms Founders Fund and Atomic nearly a year ago. More companies are touring the market, including SoftBank, which is in advanced lease negotiations for 53,200 square feet at another development, Wynwood Plaza.

Goldman Properties — founded by the late Tony Goldman, who helped revitalize New York’s SoHo neighborhood in the 1980s — is also credited as a Wynwood pioneer. In 2009, he launched the “Wynwood Walls,” a murals exhibition. It transformed Wynwood from a district packed with dilapidated warehouses into one of Miami’s hottest neighborhoods, renowned for its art and retail scene.

For the Core building, Goldman had assembled the 28,200-square-foot site in 2003 from several parcels, paying $1.3 million, according to property records.

Beyond the Wynwood Walls, the firm has revamped and created a number of properties across the district. Most notably is the Wynwood Garage, a mixed-used building where WeWork occupies 30,000 feet and nightlife mogul David Grutman will open an outpost.

Correction: Goldman Properties did not purchase a 4,600-square-foot parcel for $11.8 million as previously reported. The article was also updated to include the fact that the developer has not yet secured construction financing