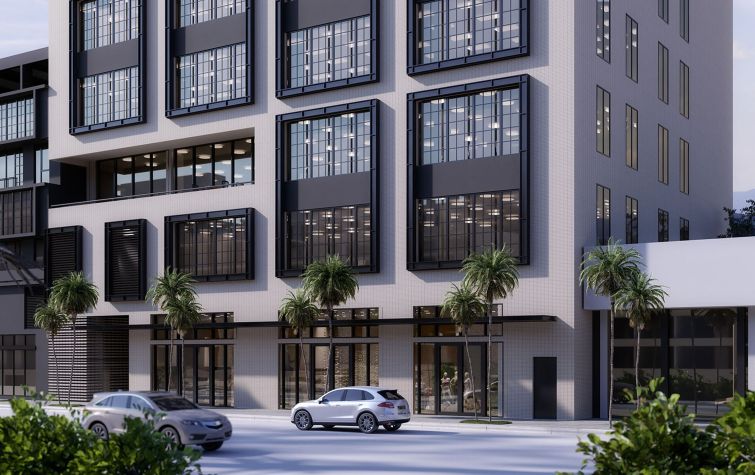 In another sign of Miami’s appeal to the tech industry, three Silicon Valley tenants are moving into Wynwood Annex, the 60,000-square-foot office complex at 215 NW 24th Street, according to Tony Arellano of DWNTWN Realty Advisors, who represented landlords Related Group and East End Capital.

Heavyweight venture capital firms Founders Fund and Atomic, and their e-commerce joint venture OpenStore, have signed leases for more than 22,000 square feet, Arellano said. Asking rents for all deals were $57 per square foot.

Founders Fund, which counts PayPal co-founder Peter Thiel as a partner, will take over the eighth floor, and Atomic will move into the seventh floor. Both inked 10-year leases. OpenStore will be housed on the fourth floor and its lease is for five years, the broker added.

Atomic and OpenStore have already moved into their spaces, while Founders Fund is expected to move in later this year. It’s currently working out of the Brickell City Tower at 80 SW Eighth Street. The three firms are the building’s first tenants.

“Wynwood’s tech transformation is real and here to stay,” said Jon Paul Perez, president of Related Group, in prepared remarks. “Founders Fund and Atomic are leaders in their sectors, and their decision to plant their flag in Wynwood speaks volumes to the potential of the neighborhood and Miami as a whole.”

The Wall Street Journal was the first to report news of the leases.

Since the pandemic hit, Miami has lured tech and finance industry marquee names away from their New York and San Francisco homes, thanks to Florida’s low taxes and Miami’s business-friendly Mayor Francis X. Suarez. Hedge fund Citadel, financial giant SoftBank, Microsoft and others are scouting offices in the city.

“The signing of leases by Founders Fund, Atomic and OpenStore in Wynwood is proof that Miami is well on the way to becoming the capitol of capital,” Suarez said in prepared remarks. “I am excited about all the opportunities for impact that will be unlocked for founders, job seekers and innovators as a result of the arrival of these iconic firms to Miami.”

Wynwood, the gentrified district known for its colorful outdoor murals and lively restaurant scene, is drawing New York staples Prince Street Pizza and French bistro Pastis, which are slated to open outposts this year. Albert Garcia, chairman of the Wynwood Business Improvement District, said he expects 6 to 7 million visitors this year, up from 5.5 million in 2019.

“I have met more new interesting people in Miami in three weeks than all of 2020 in the Bay Area,” Keith Rabois, a partner at Founders Fund, tweeted earlier this year.

UPDATE: This story has been updated since publication to include remarks from Related Group and Mayor Francis Suarez.