Why SL Green, NYC’s Largest Office Owner, Is Selling a Lot of Buildings

For starters, the REIT found itself with a lot of desirable properties in the pandemic 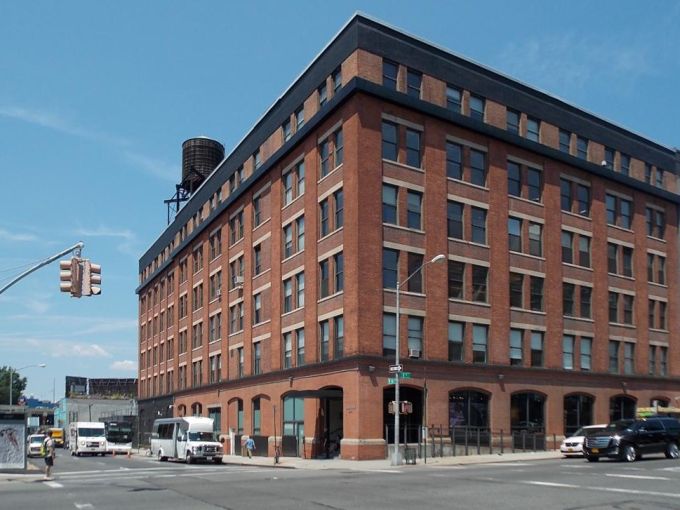 The sale of 707 11th Avenue was part of a recent wave of trades that SL Green has made in Manhattan. Photo: Propertyshark

New York City’s largest office landlord has been selling off assets at a noticeably brisker clip the past few months — and shedding the equity it holds in the assets that remain — raising questions about SL Green Realty Corp.’s long-term strategy.

On Dec. 6, 2021, when the REIT announced the sale of 110 East 42nd Street, Harrison Sitomer, a senior vice president at SL Green, cited at the investor conference the firm’s “ongoing strategy to divest from non-core assets and accretively reinvest the capital into our deeply discounted stock.”

As of Sept. 30, 2021, SL Green is said to have held interests in 76 buildings totaling 35.3 million square feet, 27.2 million square feet of which was in Manhattan. And where the REIT has generally held 50 to 100 percent equity in its investments, it plans to stay “nimble” in the future with about 15 to 30 percent ownership in individual buildings, Marc Holliday, CEO of SL Green, said during the company’s recent year-end conference with its investors.

“This is a strategy that SL Green has fallen under in the last several years where they’re selling down a lot of their assets and repurchasing stock,” Dylan Burzinski, an analyst from Green Street, told Commercial Observer. “If you look at where the stock trades in the public market relative to where they’re selling assets on the free market, it creates, effectively, a free lunch. They can sell assets at a dollar and buy back their stock at under a dollar.”

While SL Green may be investing in more modern buildings that jibe with post-COVID-19 sensibilities — such as the 1.8 million-square-foot One Vanderbilt, which opened in late 2020 and set about commanding rents well north of $200 a square foot — the REIT’s president, Andrew Mathias, said at the end-of-year conference that the lack of “opportunistic” borrowers compared to other cycles, coupled with historically low interest rates, made it easy for SL Green to find buyers.

In short, SL Green said it found itself with a surplus of assets in demand.

“For those borrowers looking to capitalize on the cap-rate-to-treasury spreads we just reviewed, they have to buy assets with cash flow in place, which tend to be more core and core-plus deals, a lot of the deals SL Green is selling; hence our success with our disposition program,” Mathias said.

During the investor meeting on the same day, Mathias said the REIT was considering a sale of 707 11th Avenue, but saw potential for a life sciences center. By Dec. 14, however, SL Green had announced that the building would indeed be sold to The Georgetown Company and Beacon Capital Partners for $95 million.

Some of the sales had a pandemic-aggravated story behind them, before leading to  happy endings.

SL Green allowed AT&T to buy its way out of its retail space at 590 Fifth Avenue for $7.6 million, a building where several major tenants, including the aforementioned, had stopped paying rent and were in arrears. SL Green brought in new tenants, which stabilized the property in less than a year, and attracted  “a domestic, high-net-worth family,” according to Mathias, who made an unsolicited offer to acquire the property within 10 days.

SL Green ended up scoring a $103 million sale, reflecting a price north of $1,000 per square foot.

Sitomer added that this was not the only “action-packed, blockbuster” deal for the firm during the pandemic, and that they all required some hustling on the part of the SL Green leasing team.

“We turned just a few blocks east of One Vandy to the Daily News Building, the original filming location of the 1970s hit, ‘Superman.’ And, just like the film, the international appeal for the Daily News Building was off the charts,” Sitomer said. “But, make no mistake, creating international demand is not easy, especially when our borders are closed. First, you need your largest tenant in the building [Omnicom] to make it harder for you by consolidating its space and reducing your occupancy from 90 percent down to 58 percent. But then you need an incredible leasing team that drove occupancy back up to 90 percent by executing over 440,000 square feet of leases, some of which were with 501(c)(3) tenants, that are partially exempt in building real estate taxes.”

Jonathan Morris, a former executive at three REITs (none of them SL Green) and founder of the REIT Academy through Georgetown University, said SL Green’s latest moves are an effort to focus on trophy assets such as One Vanderbilt and One Madison Avenue. But he also noted the company’s interest in buying and developing multifamily.

“People invest in this company for their core New York City office portfolio plus the company’s long-time expertise in owning, buying, leasing and managing Manhattan office buildings,” Morris said. “Changing the thesis to developing and acquiring high-rise, elevator-served, residential rental assets in Manhattan may be an easy pivot as long as they add expertise inside SLG to own that skill set.”

Morris, though, sees a key question to answer: Can a big New York City office landlord succeed in other areas?

“In time I imagine they can,” Morris said. “But that strategy isn’t why investors own SLG shares today. However, if they are fully transparent with investors, explain how they will navigate these wholesale changes to their business model plus materially reduce their debt level while advancing the new strategy, they could make a go of it.”

Low cap rates and record high commercial property prices have many real estate investors moving toward acquiring and developing residential assets, according to Morris, and, more importantly, he said, “Unlike offices, people need a place to live. They’ll pay rent and there will be dividend income from the cash flow.”

As for SL Green’s strategy outside of Gotham, the company has been moving away from retail, residential and suburban assets since 2018, having sold off 4.4 million of the 6 million square feet of space in those categories. Within city limits, 760 Madison is one office property the company is considering turning into a new flagship for Armani with residential condos above. In Stamford, Conn., SL Green may demolish commercial property One Landmark Square and replace the 22-story building with a residential tower as it sits in an opportunity zone.

“I think [commercial leasing] is going to come back, but only to the best-in-class buildings with modern HVAC, air circulation, touchless elevators and touchless entry points,” Morris added. “But, the truth is, until we get some confidence that you’re not going to catch [COVID] in the lobby of an office building, you’re not going to see a whole lot of movement back into physical occupancy just yet.”