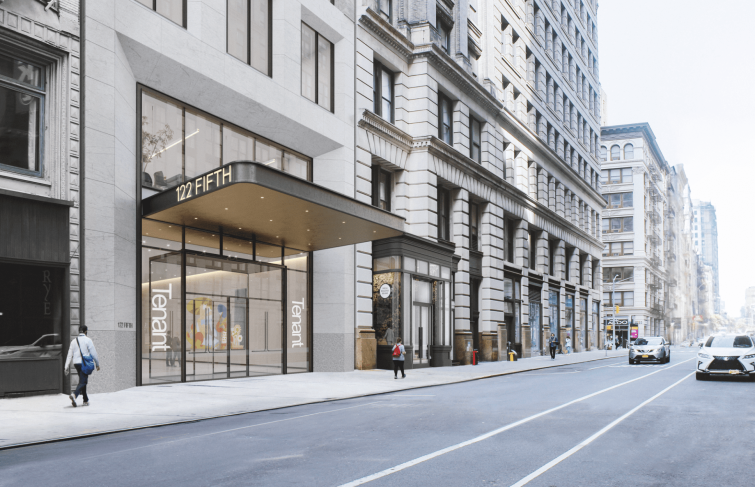 The deal puts the company in 150,000 square feet of the 300,000-square-foot building between West 17th and West 18th streets, Bloomberg reported.

The more than 100-year old building, owned by The Bromley Companies, is undergoing a major renovation that will expand its facade and relocate the lobby, New York Yimby reported. The landlord and Microsoft did not immediately respond to requests for comment.

The deal comes as tech companies are driving leasing in Manhattan’s office market — replacing finance — with some taking over space abandoned by the big banks on Wall Street.

Even though major tech firms keep constantly pushing back their return-to-office dates, that hasn’t stopped them from going all in on New York City real estate.

Google recently dropped $2.1 billion for the St. John’s Terminal Project, Facebook leased 730,000 square feet at the Farley Post Office while Amazon plans to convert the former Lord & Taylor flagship at 414 Fifth Avenue into office space for up to 2,000 employees.

Barnes and Noble formerly occupied part of the space Microsoft will take, according to Newmark.

Newmark’s David Falk, Pete Shimkin, Eric Cagner and Ben Shapiro represented the landlord in the deal. JLL’s Lisa Kiell and Randy Abend handled it for Microsoft. Newmark declined to comment and JLL did not immediately respond to a request for comment.

Update: This story has been updated to include the brokers from JLL who represented Mircosoft in the deal.