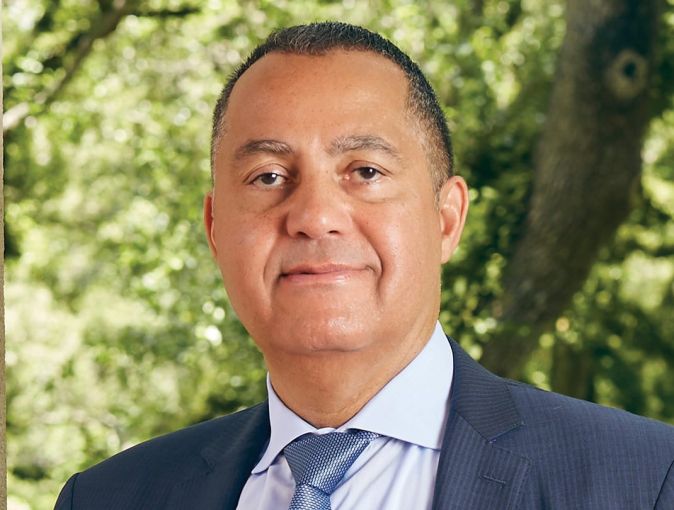 Developer Don Peebles is hoping to quite literally up his Manhattan presence, with a recent proposal to convert a 1.2-acre lot on the West Side into a 1,500-foot-tall tower. If accepted, Peebles’ firm, The Peebles Corporation, will lead the development of the tallest building in the Western Hemisphere — and the first majority-Black-built skyscraper in Manhattan.

In its RFP, which was submitted Oct. 13, The Peebles Corporation outlined developing the tower into a predominantly hospitality- and office-centric property; the skyscraper is slated to include two hotels, an observation deck, an ice skating rink and commercial office space, including headquarters for the NAACP.

If given the green light, a majority-Black team will begin work on the building. This team includes The Peebles Corporation, led by Peebles; minority- and woman-owned construction firm McKissack & McKissack; real estate development firm Exact Capital; and architect David Adjaye, who has previously worked on D.C.’s National Museum of African American History and Culture. This group would be the first Black team of lenders, developers and architects to work on a city skyscraper.

Investor Steve Witkoff is also involved in the project.

“This project is emblematic of true equity in development — a symbol for all who visit New York, cementing in brick and mortar that New York is serious about economic inclusion,” Peebles said in a statement.

Even beyond this proposal, The Peebles Corporation has committed to maintaining in-house diversity; the company has committed to allocating 35 percent in contracts amounting to $1 billion to people of color. In 2019, too, The Peebles Emerging Development Fund sought $500 million to invest in women and minority real estate firms, seeking to level the playing field.

Such efforts are noteworthy in the slow-to-diversify industry. Employees, principals and investors of color have historically been excluded from commercial real estate, with the majority of deals coming from white men. This development at 418 11th Avenue will be a big step in the industry’s gradual efforts to broaden its voices.

“Today, less than 3 percent are owned by minorities and women,” Peebles told CO in May, speaking about real estate development firms.

Already, his company’s latest endeavor has received widespread support from Black leaders in New York, including business and religious groups.

“Unfortunately for most of New York’s history, African-Americans and people of color have been rendered as mere economic tourists who gaze upward at one of the greatest skylines in the world with the intrinsic knowledge they will never be able to participate in what really makes New York unique,” Rev. Charles Curtis, Sr., pastor of Mount Olivet Baptist Church and head of the NY Interfaith Commission for Housing Equality, said in a statement. “The awarding of this project to this team will send a statement across the globe that architects, developers, engineers and financial professionals of color are now full participants in this great miracle of global capitalism called New York City.”

In addition to sending this message, the development project also hopes to mitigate the pandemic’s effect on the city’s still-suffering hospitality industry. According to data from the U.S. Bureau of Labor Statistics, leisure and hospitality saw the most significant year-to-year job drop-off of any tracked industry in New York City; between March 2020 and March 2021, the number of jobs declined by 53.1 percent. With this new building, The Peebles Corporation plans for the skyscraper to provide jobs to more than 30,000 New Yorkers over the course of six years. Of these jobs, 15,000 will be permanent.

“This project will provide $4.4 billion of new economic output per year, bringing thousands of jobs in construction, design and development as well as millions of people across the globe who will be excited to see this iconic skyscraper,” Peter Ward, former president of the Hotel Trades Council, said in a statement.

As Site K is adjacent to the Jacob Javits Convention Center, the building has the potential to benefit from trade shows and conventions. During the height of the pandemic, the Javits Center served as a makeshift hospital and vaccination facility but recently underwent a $1.5 billion expansion, adding 1.2 million square feet to its repertoire. As the center opens to conferences in a post-pandemic world, it will draw visitors in need of nearby rooms — at least, Peebles hopes.

“The surrounding neighborhood doesn’t necessarily offer the same amenities that you would expect surrounding the convention center,” Peebles told the New York Business Journal. “It’s one of the few convention centers that I can think of that doesn’t have a hospitality component that’s complementary to it.”