Don Peebles Maps Out Opportunities in Miami and Beyond

From Miami to Los Angeles, the chairman and CEO of The Peebles Corporation is covering an impressive amount of ground 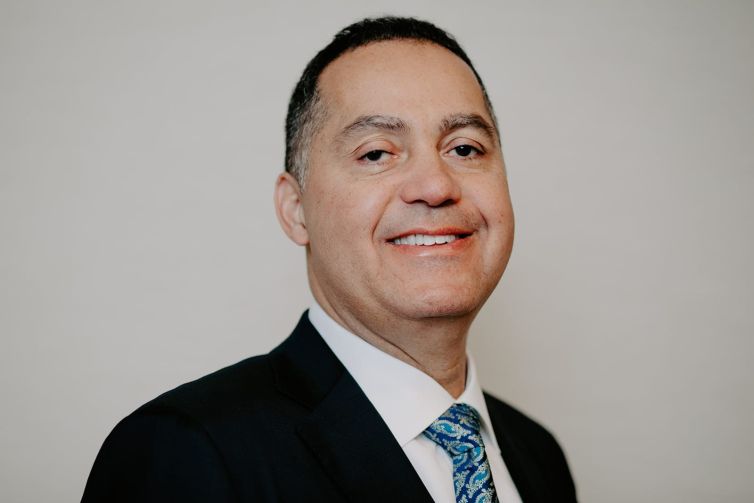 While developer Don Peebles calls Miami and New York home, he is all over the map. Literally.

With a focus on large-scale projects developed by public/private partnerships, Peebles and his development firm, the Peebles Corporation, are seemingly everywhere. Los Angeles, San Francisco, Washington, D.C., and Boston, in addition to his two home bases, are just a partial list.

In Miami-Dade, Peebles is looking to expand his company’s footprint.

At a time when the office market is going through a transition, he’s eyeing office development on Miami Beach or in the Wynwood market, the latter is a gentrified neighborhood just west of Miami Beach. His reasoning? “We got a crash course in working remotely,” Peebles told Commercial Observer. Companies are looking for office space in smaller buildings closer to where people live, he added.

In Miami Beach, where the number of full-time residents is growing, he sees a need for things like grocery stores and doctors and dentist offices. “There should be incentives to do commercial real estate that supports the [residents who live in] condos,” he said.

The development project he is most proud of on Miami Beach is The Bath Club, where he recently completed a major renovation of the landmark 1927 property for an undisclosed amount. He acquired the property for $10 million in 2000.

In its first heyday nearly 100 years ago, the club hosted the titans of industry who frolicked in Miami in winter. “To be able to have a private club on the ocean with its grand Mediterranean clubhouse” is very special to me, he said. The club was once “restricted,” a euphemism for not allowing Blacks or Jews to become members.

“The renovated club has been well received and there is a backlog of applications to join,” said Peebles. “People compare it to Mar-a-Lago, but it isn’t stiff. During the day, it’s a family club,” said Peebles.

Also a favorite project for Peebles is The Peebles Emerging Development Fund, which invests in minority- and women-owned real estate companies. He is currently in fundraising mode, with a goal of raising $500 million.

“Today, less than 3% [of real estate development companies] are owned by minorities and women,” said Peebles, who hopes to change that with his new investment vehicle.

“Our key markets [for the fund] are where we are currently active — Miami, New York, Boston, Philadelphia, Washington, D.C., and Los Angeles,” said Peebles, who serves as the fund’s CEO and chief investment officer.

Out west, in Los Angeles, Peebles and MacFarlane Partners are developing the 2.2-acre Angels Knoll Park. Angels Landing, as the new development is called, is three-quarters through the land entitlement process after recently having completed the environmental impact review, Peebles said.

The $1.6 billion Angels Landing development, located in the once-grand Bunker Hill neighborhood of Los Angeles that fell on hard times and then made a comeback, will create more than 8,000 jobs during the construction period and approximately 800 permanent jobs in the area, according to the developers.

After a series of changes, the current plan calls for a 63-story and 42-story towers, both of which will be anchored by luxury hotel brands. In addition, there will be a retail plaza, apartments and condominiums. Angels Landing will be a veritable city within a city.

On the East Coast, Peebles is developing Viola Back Bay in Boston. In 2015, Massachusetts transportation officials chose The Peebles Corporation to develop an air-rights parcel in Boston’s Back Bay neighborhood, located partially over the Massachusetts Turnpike and a Green Line light rail station.

The firm is currently in the community engagement phase regarding land use for the proposed 432,000-square-foot, mixed-use development, which is projected to cost $512 million, Peebles said.

The project will have approximately 125 condominiums, a boutique lifestyle hotel with approximately 175 rooms, 20,000-square-feet of retail and a dedicated community space.

“I want to be a transformer in the real estate industry,” said Peebles, who has also flirted with going into politics.

The 61-year-old Peebles, a native of Washington, D.C., became involved in politics early. In an interview with Avenue magazine last summer, Peebles said that he worked as a page in the House of Representatives as a teenager and interned for former Congressmen Charles Rangel, Ron Dellums and John Conyers. Peebles later served as chairman of the board of the Congressional Black Caucus Foundation and was on President Barack Obama’s National Finance Committee.

“I spend a lot of time in New York and once considered running for mayor of New York City,” said Peebles. “The reason I didn’t is that, at the time, my daughter was a teen and I wanted to have the time to be a father to her. Plus, I was growing my business and helping my son get into the business.”

Given his history, it is not inconceivable that a political career could be on the horizon, just not now.

“I think business people should engage in politics,” he said. “I don’t believe in career politicians.”