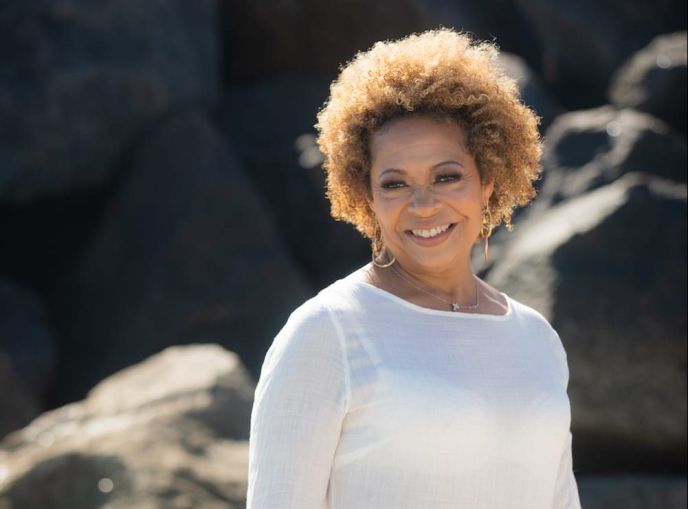 Now she leads a company that has more than 150 employees with offices in Washington, Austin, Baltimore, Chicago, Dallas and Los Angeles.

Throughout her three decades in the business, McKissack has experienced firsthand the challenges of being a Black female CEO, and seen the lack of diversity in the AEC industry.

McKissack spoke with Commercial Observer about her career and how minority firms in AEC can break ground, but can’t gain ground, in the business.

Commercial Observer: First off, how did you get involved in this career, what drew you in?

Deryl McKissack: It was in my blood. I’m the fifth generation in our family in design and construction. My great-great grandfather, a freed slave, was a builder, as was his son. My grandfather was the first black registered architect in Tennessee. And my father, also a registered architect, would take me and my twin sister to work with him when we were 6.  He would prop us up on his drawing boards and taught us how to draw details, do schedules and Leroy lettering, make legends and everything else. By the time we were 13, he was using our drawings.

My sister and I both went to Howard University on academic scholarships as double majors in architecture and engineering. But I was more drawn to the practical side of things—how buildings work—and eventually made engineering my major. After I graduated, I went to work for Dames & Moore for six months, then was recruited by Turner Construction. Five years later, I was recruited by Howard University to run facilities, which I did for 18 months. But then I left to found my own business. I was tired of being the person in the room all those men ignored.

What is the philosophy of McKissack & McKissack?

It’s always been to enhance people’s lives through the work we do in the design and construction industry and to run a firm where everyone is heard and has a voice. We’ve strived to build a culture at McKissack where everyone is humble, hungry and smart, the model Patrick Lencioni talks about in his book The Ideal Team Player. And, when the pandemic hit, we shifted gears to build a culture of care modeled after the concept of the circular economy.

What is hurting women and minority business enterprises (WMBEs) from making inroads with direct suppliers or project leads?

There are several things. First is the unconscious bias that minority firms receive from the industry that they need to be sub-contractors rather than project leads. And, to be project leads, it takes access. Meeting potential clients is having access and getting in the room. I had to virtually harass my first federal client for two years. I’d stop by his office every week to ask for work. This was way before 9/11, when security was different. He got so sick of seeing me he gave me a small contract, and within a few months it became a major contract that lasted 12 years.

Why are minority businesses vulnerable in this “new normal” of COVID-19?

In the AEC industry, we’re considered essential workers. So, many minority firms in our industry have not stopped working. But, in general, minority firms—especially small businesses—don’t have the resources and cash reserves to weather the issues presented by the pandemic.

For instance, working remotely means you must have the right technologies in place, especially in AEC. We’re not talking about just teleconferencing, but rather having enough of the right equipment and bandwidth in terms of speed and storage to do sophisticated drafting and modeling work remotely, or virtual walkthroughs and more.

Even before COVID, how would you characterize the way minority contractors were working compared to white-owned businesses? What was the disparity?

This is true in every industry; there are unconscious biases. White business leaders are usually known and accepted before they walk in the room or come to the table. They don’t start out with the stigma that they may not be good, or cost more, because they are minorities. They may have more well-established relationships with people doing the hiring; they’ve socialized together or already know each other in some context.

Despite our excellent past performance, even as project leads, we have to prove ourselves again every time we walk in the room for a job; we’re under a lot more scrutiny than our counterparts. And we often go up against firms that are larger and have deeper reserves and investors. Some are huge, have many billions of dollars in revenue, thousands of employees, and can show dozens of examples of the jobs they’ve done. So there are often questions about whether or not we can perform, or have enough people to put on a project.

What can be done, in your opinion, to help?

RFPs and proposals are often written to exclude minority firms because they’ll ask for a large number of projects you’ve done in the last five years along the same lines, or the resumes of dozens of people that will be available to roll onto the job. Large firms have more latitude to play with the numbers or embellish their capabilities. They can move people around because, I guarantee you, no one has dozens of people sitting around. But, when a majority firm has 50,000 people and I have 150, there’s no comparison. But numbers don’t guarantee better work.

What are the benefits parity brings to the workplace?

Embracing diversity gives you unique perspectives from many different people, and that leads to creative solutions. Whenever you listen to yourself, you’re missing out on major opportunities. Research shows that creating a diverse workforce is not only the right thing to do, it is also the most profitable. Racism and the lack of diversity in the AEC industry translates into lost earnings; prevents the formation and growth of minority businesses; and deters economic development in underserved communities.

I understand you have a seven-step plan to increase diversity in the AEC industry. What are the main components of that?

Yes, I’m speaking out for the benefit of the industry and the benefit of minorities. There has long been a shortage of diverse talent in the AEC industry—which employs  approximately 13 million people, about  9 percent of all Americans who work.  More significantly, the AEC industry touches just about every community in the United States because it impacts landmarks, schools, civic buildings, office buildings, utilities, roads, rails, aviation, bridges and more. Given its reach and depth, it has the power to create transformational change. Labor, employees, knowledge workers, managers, trade professionals, architects, engineers, design-thinkers and more are all part of the mix.

I have a seven-step plan to start to right these wrongs, and I’m asking my peers to commit to change using it. The main components center on acknowledging the problem; hiring, supporting and enabling minority-owned businesses; eliminating racist policies and practices; requiring minority businesses to be Tier 1 suppliers; developing hiring and training programs; mandating and enforcing strict goals to use minority suppliers; and inviting community-based minority suppliers to the table in underserved neighborhoods.