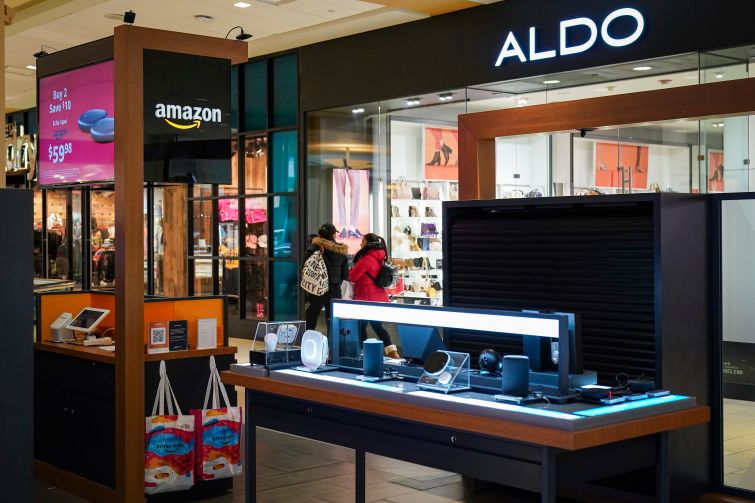 Mirroring the habits of customers who shop on Amazon and return what they purchased, the company is rethinking its slate of pop-up kiosks.

Amazon plans to shutter all its 87 pop-up shops inside malls around the country, including the New York City one inside the Queens Center Mall, The Wall Street Journal first reported.

The company said it would instead focus its retail efforts on more long term shops like its Amazon Books and Amazon 4-star shops, which sells products that only have four-star ratings or above on the website.

“After much review, we came to the decision to discontinue our pop-up kiosk program, and are instead expanding Amazon Books and Amazon 4-star, where we provide a more comprehensive customer experience and broader selection,” an Amazon spokesperson said in a statement. “We look forward to opening additional locations of both stores this year.”

The Amazon spokesperson did not say when the kiosks were expected to close but the WSJ reported some could shutter by the end of next month.

Amazon started to quietly roll-out its pop up stores in 2013 with a small shop selling Kindle e-readers in a San Francisco mall, WSJ reported. It eventually grew to six by the end of 2015 and Business Insider reported that Amazon ended its “test phase” of the 300- to 500-square-foot kiosks in 2016 and planned to ramp up locations.

While Amazon—which recently pulled out of a deal to build part of its second headquarters in Long Island City, Queens—is shuttered its pop-ups, the Jeff Bezos-led company isn’t completely abandoning brick-and-mortar retail.

Aside from wanting to open more Amazon Books and 4-Star outposts, WSJ reported last week that Amazon will open dozens of grocery stores in major cities in the country that would be separate from its Whole Foods Market chain, which it bought for $13.4 billion in 2017.

Amazon expects to open its first grocery store in Los Angeles by the end of the year and has already signed leases for two other outposts, according to the WSJ.