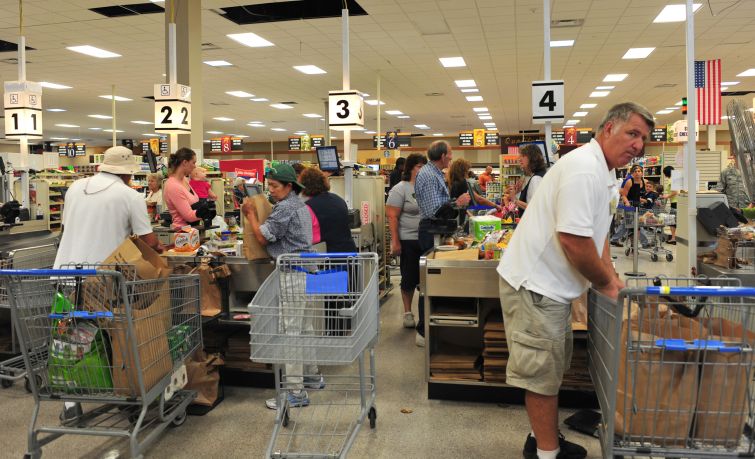 Los Angeles is front and center in Amazon’s reported plans to open a chain of grocery stores, with the tech powerhouse signing more than a dozen leases in the L.A. area, alongside spaces in Chicago and Philadelphia, according to a report in the Wall Street Journal.

The first stores are likely to open in Woodland Hills’ Warner Center and in Studio City, as well as one in Irvine in Orange County. The stores could open as early as the end of the year, the Journal reported, citing people with knowledge of the plan.

The Warner Center location is at 6245 Topanga Canyon Boulevard in a strip center owned by El Segundo-based Paragon Commercial Group, according to the report. Property records show that Paragon bought the full seven-building property for almost $47 million in 2013.

The center is located within Warner Center area that is transforming into the downtown of the San Fernando Valley with a 20-year plan to create a complete “live-work-play” community, as Commercial Observer reported.

Crews are currently renovating the 35,000-square-foot building, which was previously occupied by Toys “R” Us, and is located near a Citibank, Office Depot and a restaurant, according to the Journal. A Costco wholesale store is around the corner.

A spokesperson for Amazon told the Commercial Observer that the company doesn’t comment on “rumors or speculation,” in an email. Principals at Paragon did not return requests for comment.

Although Amazon already owns Whole Foods, the stores are not supposed to compete directly with those outlets, which only sell organic products, according to the Journal. The Amazon stores are expected to allow customers to pick up products previously selected online as well as mainstream foods and products in the store, and prepared meals in a large kitchen currently included in the plans.

Amazon’s larger plan is to open dozens of grocery stores in cities across the country, as the e-commerce juggernaut takes aim at physical retail and brick-and-mortar locations near urban centers that will cater to middle-income earners, the Journal reported. Amazon is also looking at space in the New York metropolitan area, New Jersey and Connecticut.

James Houghton is senior vice president with NAI Capital and has a background dealing with Vons and Safeway supermarket chains. He told the Commercial Observer that he expects Amazon’s new model to put “tremendous pressure” on traditional grocers and retailers who are already “dead in the water.”

He pointed out that Kroger Co., which owns Ralphs, is closing its real estate arm for Southern California on November 1, and consolidating the deal-making representatives to Cincinnati. And Albertsons Companies only has one real estate representative for the region.

“They aren’t making any new deals,” he said. “I don’t see anybody doing any new deals these days. Maybe Sprouts and Whole Foods sometimes, but Amazon entering into the market might slow them down.”

Houghton said he doesn’t expect that brick-and-mortar grocery locations will disappear because delivery services don’t always work with perishable items, but that could still be part of what Amazon offers in the new stores. And the traditional model will continue to see major changes.