In Life Sciences, Commercial Real Estate Lenders Getting an Education 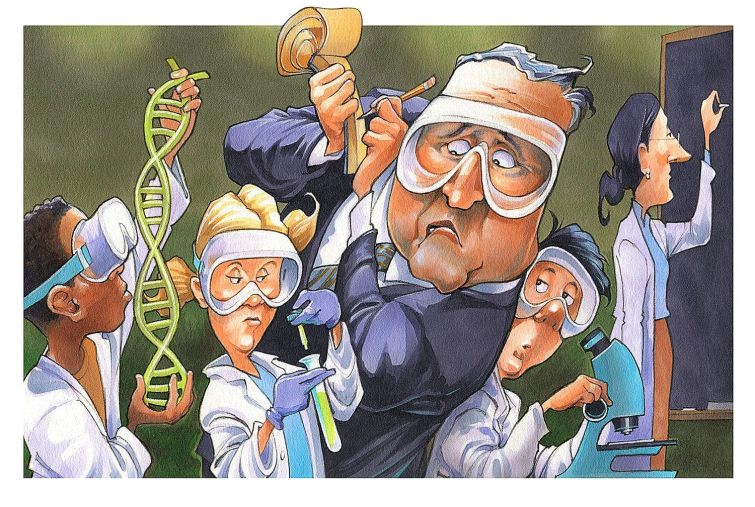 The last 15 months acted as a catalyst for a boom of investor interest in the life sciences real estate sector. To keep up with the spike in market activity, lenders have been forced to educate themselves in a hurry about the significant complexities that accompany these unique properties.

The COVID-19 pandemic drove growth in public and private funding for research and development, from biomedical research and manufacturing to drug discovery. As such, there’s subsequent increasing demand for physical space, with limited supply, and a host of new developers eager to throw their hat into the ring.

But, the life sciences sector isn’t a walk in the park. It takes time to establish a track record as an owner and operator, and to get up to speed with the intricate nuances that are part and parcel with life sciences buildings and tenants.

As such, lenders in the space are leaning heavily on seasoned life sciences real estate developers and operators to understand the inherent risks involved and execute on business plans — whether they involve ground-up construction, new tenant build-outs, or the conversion of offices to life science use. After all, this work, compared to construction in other real estate asset classes, is much more costly and an extremely heavy lift.

Square Mile Capital Management is one lender who’s been around the block and worked hard to make confident bets on life sciences lending opportunities.

“We’re very hands on,” said Square Mile Senior Managing Director Jeff Fastov, who quipped that the sector right now has somewhat of a prerequisite, likening it to playing in the National Basketball Association. “If you want to play basketball in the NBA, you have to be tall; if you want to be in life sciences, you have to be established.”

While the sector may not have the screaming fans that LeBron James might draw, it is undoubtedly one of real estate’s hottest investments, largely due to the red-hot demand for it, the diverse tenant base it exhibits, the quality income streams it produces and the proven lack of workforce disruption from the pandemic.

“COVID proved the importance of [life sciences], and if anything, the sector has gotten stronger through the last year and quarter-plus,” said Square Mile Vice President Eric Juster. “There’s more funding in that world today than two years ago.”

Despite some pauses in research and funding in the early stages of the pandemic, about $45.1 billion in venture capital money went into the sector in 2020, which is up from $32.6 billion in 2019, and represented a more than fourfold increase over the last decade, according to a first-quarter report from Colliers International. Funding from the National Institutes of Health (NIH) also jumped to nearly $42 billion last year, up from $39.3 billion in 2019.

There are about a dozen key life sciences clusters across the country, led by Boston and the Bay Area, which make up about 40 percent of the roughly 175 million square feet of life sciences space that these markets hold, according to the first-quarter report from Colliers.

More recently, Manhattan has become a nascent life sciences market, with a little under 2 million square feet of space.

Last December, in the midst of the pandemic, Square Mile provided $205 million to a partnership between Silverstein Properties and Taconic Partners to refinance their office and life sciences, mixed-use development Hudson Research Center on Manhattan’s Far West Side. Taconic is now establishing a West Side cluster, between that property and its asset at 125 West Side Avenue.

It might go without saying, but in life sciences, like other forms of real estate, it’s all about the location. And venturing outside of established clusters causes some concern.

“First thing we’re going to look at is the market that it’s in,” Juster said. “How established is the life sciences market? We’ll look at the companies that are there, the universities that are there and the funding of these companies.”

Boston is, of course, a leading producer of the graduates and young professionals helping fuel the life science sector, according to Colliers’ report. The region produced more than 4,800 biomed graduates in 2019, followed by the Chicago, Philadelphia and San Diego regions, all of which pumped out more than 3,000 biomed grads two years ago.

“There’s only one MIT,” Fastov said, adding, anecdotally, that proximity matters, since many professors at these universities might leave the school and ride over to their office in a life sciences asset to continue their research.

The largest lease that was signed in 2020 was at the massive Cambridge Crossing mixed-use, life sciences hub that was recently erected where Cambridge meets Boston; it is a major project from developer DivcoWest that Square Mile has long been involved in, from a debt perspective. Bristol Myers Squibb signed on to take 360,000 square feet at Cambridge Crossing, but not every tenant is in the same league as a Bristol Myers Squibb or a Pfizer.

Life sciences tenants are often smaller startups and emerging companies without any track record. The onus is on veteran life sciences developers, with a roster of tenant relationships, to assess the tenant and put a solid business plan together that lenders can get behind.

“The focus for us has been finding the best sponsors and operators, the ones with the experience to execute plans, and in markets that are ‘down-the-fairway’ locations, because you’re not trying to be pioneering [right now],” said Mesa West Principal Ronnie Gul.

“The pricing and rent increases in life sciences are set up in a way, where you really have to execute on the plan and it has to be successful in attracting tenants that pay these life sciences premiums, because there’s no turning back, given the sponsor’s basis in the deal and the capital that’s going in,” Gul added. “We’re very selective. Before doing the Longfellow deal in San Mateo, we probably passed on a half dozen deals — all in the Bay Area — that had a similar profile, but the difference was: It’s hard to know when the tailwinds end.

“You want to be in the assets that have the best chance of success, and also with a sponsor with tenant relationships that would allow it to outperform the competitive set if the market tightens. You’ll take less yield to be in the more liquid parts of the market.”

Gul said some red flags are conversions or new builds in less conventional life sciences markets, and also deals where you underwrite a much lower cost for a conversion.

“At the end of the day, if you do this right, it just costs a lot of money to properly upgrade the infrastructure of the building, in terms of electrical supply and everything else,” Gul said. “And certain buildings don’t have the capacity to make them suitable for conversions. So, if you see a deal with light conversion costs, chances are it’s under-budgeted; either the sponsor isn’t familiar with the cost structure or they’re underestimating the cost.”

Most life sciences developments need a lot of bells and whistles: high ceilings, plenty of ventilation and air, and HVAC capability; floor loads of 100 pounds per square foot; and electricity at 25-plus watts per square foot to make sure mechanisms can run efficiently for long periods of time, according to Juster.

“You look for redundancy,” Juster added. “You need generators and backup for power that’s supposed to run at all times, or it could ruin the multitude of experiments that are going on at any given time.”

Fastov said, in some cases, you may have “one part chemicals being combined and one part computer models. And [the tenants] want it in the same building. They may have computer modeling simulations that are massive, like a data center. You can’t have critical outages that mess them up. Sometimes, they have chemicals they’re storing, so you need to provide access and security.”

Traditionally, real estate developers might prioritize height and supplying attractive views for tenants, but that runs counter to what life sciences tenants need. Also, some local governments won’t allow for these buildings to be built above a certain height because it could create hazardous scenarios.

“It’s better to be lower, because chemicals are harder to bring up the building,” Juster said. “Closer to the ground floor is better. It’s harder to go above 10 to 12 stories. [The sector is] pushing it to find ways to be more effective, as demand for space increases.”

Juster said Square Mile needs to see the specs of the building when a sponsor is looking to convert to make sure it meets all of the requirements for its life sciences tenants.

“You don’t want to constrict the users,” he said. “You want to see sponsors that can execute business plans. Silverstein and Taconic had already done it on one floor [at their 619 West 54th Street development, having] created the life science space and leased it out.”

Silverstein Properties first entered the life sciences space in 2017 in a joint venture with Taconic Partners to convert the 1930-built, 10-story building at 619 West 54th into the Hudson Research Center development. Earlier this year, they signed Bill Gates-backed C16 Biosciences as a tenant for its new executive headquarters.

The Manhattan-based developer also partnered last year for a 250,000-square-foot life sciences project in Philadelphia with local developer University Place Associates and Cantor Fitzgerald, slated to debut in 2022. Silverstein is also in the process of capitalizing another life sciences development on Manhattan’s Far West Side and is planning more projects in the Big Apple.

Jason Kaufman, senior vice president of investments and development at Silverstein, said lenders are closely looking at sponsorship to assure there is adequate experience with this unique asset class and whether they understand market dynamics before tackling life sciences transactions. He said lenders have grown more comfortable with life sciences as a real estate sector, given the large demand for research innovations that was underscored during the COVID-19 pandemic.

“Spreads are tightening because there is liquidity in the market, but I think [lenders] are asking all the right questions and I don’t think that there is an oversaturation of dollars flowing in,” Kaufman said. “I think groups are being very responsible with their underwriting and they are happy to not chase too much, which is also very comforting, since this means there won’t be an oversupply of lab space, which would really flip the scale and be very disruptive to everything we are hoping to achieve in New York and other emerging markets.”

“We’ve looked at ground-up development, but others are more aggressive there than we are,” said Scott Weiner, a senior partner and the global head of commercial real estate finance at Apollo Global Management. “The challenge with groundup is [that] you are years out from leasing and delivery. And, because it’s a new build, your basis is very high and you’re betting on getting premium rents for the new build, whereas conversion tends to be quicker to market so you have greater visibility on the demand.”

“It’s a sector that had significant momentum pre-COVID, and during the pandemic, it has really accelerated things on all fronts from the real estate side, the venture capital and funding side, and the innovation side,” Weir said. “It really feels like a launching-off point right now, and particularly for New York City, which is still emerging but has made significant progress in just the last couple of years.”