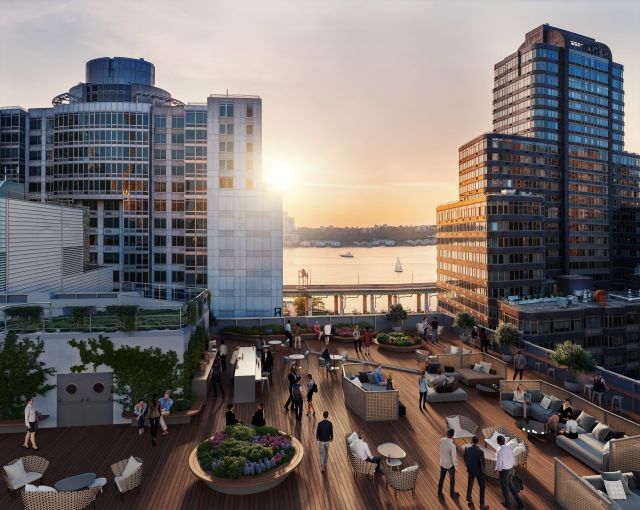 As part of the capitalization, LaSalle Investment Management — on behalf of its underlying limited partner —has joined as an equity partner, and funds managed by Apollo Global Management and Oaktree Management have provided $393 million in construction financing for the project.

The eight-story, 400,000-square-foot property was originally constructed as an automotive facility by Chrysler Corporation, before becoming part of the Walt Disney/ABC campus and New York headquarters in 1985. Taconic and Nuveen acquired the asset in 2019, and are now redeveloping the former office space into a dynamic life sciences building that will include wet and dry labs, engineering zones, conference centers and event space.

“The transformation of 125 West End Avenue into a state-of-the-art, life science hub and our recapitalization of this project is a testament to the resilience of New York City and the promise of this emergent sector,” Taconic President and Chief Investment Officer Chris Balestra, said. “We are pleased to be working with our partners to realize this project — the largest of its kind to move forward since COVID-19 impacted our great city.”

“Life sciences is a sector that continues to evolve and show promise,” Nadir Settles, managing director of Nuveen Real Estate, said. “As Taconic and Nuveen set out to address the lack of supply of lab space in the market, we do so with confidence in our team and in the strength and resiliency of New York City.”

The life sciences market has appeared to pandemic-proof real estate with investment in the sector continuing to grow. In New York City, leasing for the life sciences sector more than doubled between 2019 to 2020, reaching its highest level in nearly a decade, a report from CBRE found.

However, the life sciences sector has been hampered in the city due to a lack of supply, something Settles previously told Commercial Observer. Nuveen was looking to change with the 125 West End development and future projects.

“We’re looking for more and I think we will do more,” Settles previously told CO. “I think it’s a space that certainly has a tailwind and it certainly has a lack of supply in the market. It has the talent here, and so, if we can do more of it, we certainly want to do more and we’re evaluating opportunities now.”

The transaction marks another step forward in Taconic’s $2 billion planned investment into the New York City life sciences market. The property at 125 West End Avenue sits only 10 blocks north of Taconic’s Hudson Research Center at 619 West 54th Street, further solidifying the West Side of Manhattan as a life sciences cluster, as well as the firm’s control of a critical mass of life sciences properties in the area. 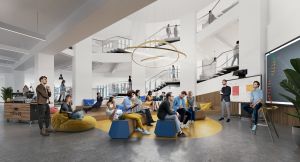 Once part of the nine-building, 1.7 million-square-foot ABC Campus acquired by SIlverstein Properties in 2018, 125 West End Avenue was carved out, along with 320 West 66th Street and Lot 61 — the three assets collectively known as the West End Campus — and sold to Taconic and Nuveen a year later.

Following a two-year, sale-leaseback agreement, ABC vacated its space at 125 West End Avenue property this January, and construction commenced in February. The redevelopment will involve a comprehensive renovation of the building, including a new mechanical plant with purpose-built lab infrastructure, a new high-performance facade, a roof terrace, conference center and new lobby.

“Oaktree is thrilled to be working with a best-in-class consortium of sponsors and capital partners on this landmark project at 125 West End Avenue,” said Justin Guichard, co-portfolio manager for Oaktree’s Real Estate debt and structured credit strategies. “We believe the upcoming growth of the life science sector will continue to diversify and strengthen the already robust NYC economy.”

In an interview last month, Taconic executive vice president Matthew Weir spoke of the firm’s investment in New York City life sciences underscoring its commitment to, and belief in, the city. He also spoke of the city’s resilience and evolution.

“New York used to be such a finance hub, then we saw TAMI, and now life sciences are coming in,” he said. “So, it’s a really fascinating evolution of the city. And that’s ultimately Taconic’s fundamental thesis: Why have all these sectors been drawn here, to grow and flourish here? We would say it’s ultimately due to the fundamental premise that talent wants to be here.”