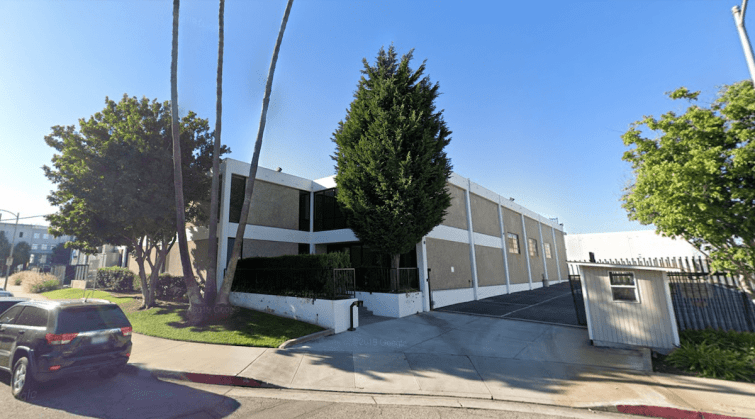 The property is located at 5415 Jandy Place in the tech and media-dominated Silicon Beach area of L.A.’s Westside. photo: Google Maps

Vista Studios production company signed a long-term, 20,907-square-foot lease for studio space in the heart of the Playa Vista neighborhood of Los Angeles.

The property is located at 5415 Jandy Place in the tech and media-dominated Silicon Beach area of L.A.’s Westside. The site is owned by Effkay Enterprises, which is managed by Aliza Karney Guren, CEO at Karney Management Company.

The asking rent for triple net was $1.95 per square foot per month. NAI Capital announced the deal and represented Vista Studios.

The Silicon Beach area is the premier submarket for top-name tech and media firms in Southern California. The property on Jandy Place is across the street from the New Beatrice West project designed by Frank Gehry at 12575 Beatrice Street, and it’s a few blocks from Google’s 525,000-square-foot Spruce Goose property, YouTube’s production facilities, and Facebook’s property on Jefferson Boulevard, where the social media giant recently added 84,600 square feet to its existing lease earlier this year.