The transaction pencils out to about $1,027 per square foot—and to more than $36 million more than the building sold for in 2016. 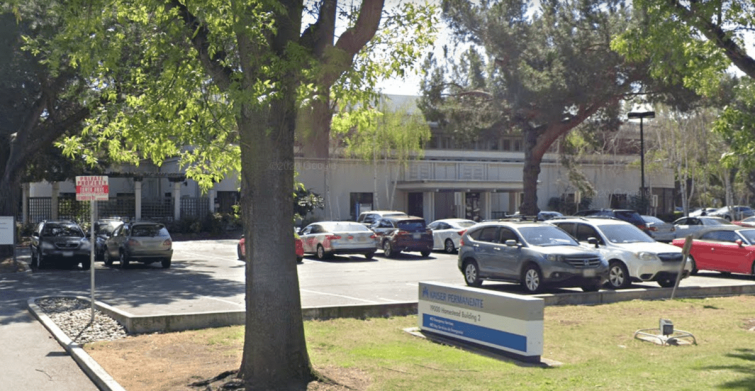 The property is located at 19000 Homestead Road in the city of Cupertino. photo: Google Maps

Thor Equities sold the 6.6-acre property with more than 100,000 square feet of space to the Israeli family, according to sources familiar with the deal. The transaction pencils out to about $1,027 per square foot and to more than $36 million more than the building sold for in 2016.

Thor Equities declined to comment. Representatives for the Wertheimer family could not be reached.

The property is located at 19000 Homestead Road in the city of Cupertino, between Apple’s $5 billion “spaceship” Campus 2 and the Kaiser Permanente Hospital.

Thor Equities acquired the property for $66.9 million from Vereit almost four years ago, property records show. The building is fully leased to Kaiser Permanente. According to media reports, Kaiser is signed through February 2023. The building houses a psychiatry department, a chemical dependency recovery program and more, according to Kaiser’s website.

Financing records show Citigroup provided a $41 million CMBS loan for the property in 2017.

The Wertheimer family is behind the toolmaking company ISCAR — which was sold to Warren Buffet’s Berkshire Hathaway — as well as industrial parks in the Middle East.

Amazon also recently purchased a 215,600-square-foot warehouse for $96.4 million this quarter in San Bruno, according to media reports; and the tech companies that Silicon Valley is known for — like Google, Apple and Facebook — have committed some $4.5 billion to housing on the West Coast.

Demand for medical offices and healthcare facilities also continues to grow around the country thanks to advancements in modern medicine and a ballooning senior population. Another nine-figure deal for medical office property dropped last month on the East Coast after Carr Properties sold a 293,852-square-foot building in the D.C. area for $160 million.

This story has been updated to include the buyer in the transaction.