Health care providers are teaming up and demanding more space in the San Fernando Valley, Downtown L.A., Pasadena and the South Bay 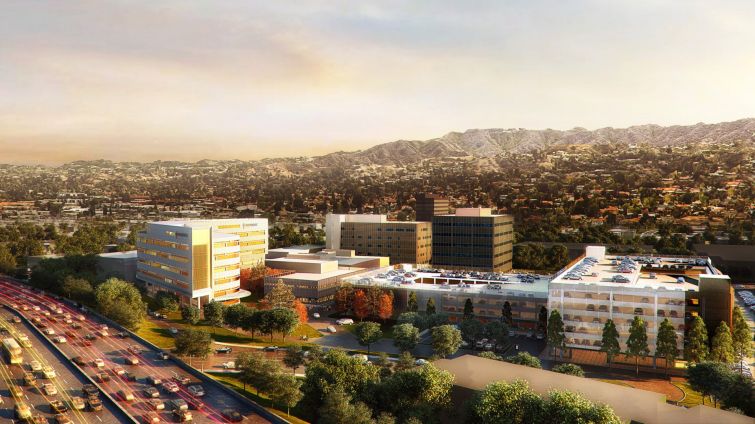 Los Angeles County has a fever, and the only prescription is more medical office space.

The demand from the health care industry has reached new heights and is expected to continue growing. Providers have so far made up about 10 percent of the leasing activity in the office market throughout the country in 2019, and the 13 percent jump in transactions shows the submarket is growing almost twice as fast as other commercial investments, according to Marcus & Millichap.

A significant portion of that healthy activity is in L.A., which is seeing big sales and development in the pipeline in areas like the San Fernando Valley, Downtown L.A., Pasadena, and the South Bay. For example, Meridian, a medical office developer and owner, announced this week that it sold the 115,000-square-foot Cotton Medical Center in Pasadena to Healthcare Realty Trust, a publicly traded REIT that also owns and develops outpatient facilities. R.J. Sommerdyke, Meridian’s vice president of acquisitions, said the firm is also currently developing about 500,000 square feet of new space, and has more than 500,000 square feet in its pipeline.

“We are still looking for more throughout California, the Pacific Northwest and the Southwest,” Sommerdyke said in a statement.

The surging demand is a product of the growing senior population, as well as advancements in modern medicine and a sea change in the way it’s provided. Health care spending makes up almost 18 percent of the country’s gross domestic product, and more than 10,000 U.S. baby boomers reach their 65th birthday every day. At that age, people require medical services nearly seven times per year on average. Thus, any advancement that allows people to live longer also extends the need for more services.

Jeffrey D. Cunningham, managing partner at Medical Asset Management (MAM), is currently focused on completing a new multi-tenant building called Tarzana Medical Atrium. It is set to open on January 1 with almost 90,000 square feet as part of the $540-million Providence Cedars-Sinai Tarzana Medical Center development, which is set to be completed in 2022.

Cunningham said the firm paid $10 million for the land and $36 million on construction. Much of the building is already pre-leased to Cedars-Sinai and Providence St. Joseph Health at over $4 per square foot. The Centre for Neuro Skills is also signed to 24,500 square feet at the Atrium where it will relocate from Encino after outgrowing its current space. All three pre-lease agreements are for 10 years. A fertility care service or dialysis providers could fill the remaining space.

Cunningham, who has more than 30 years of experience building medical properties, said demand has shifted to larger spaces because physicians are generally transitioning away from individual private practices. He described a generational divide at about 50 years old. At that age, doctors can still sustain their practice using traditional family referrals. But there are too many barriers for a solo physician who can’t afford infrastructure or modern hardware, nor access to traditional referrals, he said. Newer doctors, who endure rising education costs, are more frequently joining a larger practice that will be more stable.

As patients continue to expect the highest quality of health care, more emphasis is also being put on how well the office space presents the medical practice, which creates more demand for modern projects. But rent for medical space is almost always less than 10 percent of typical operating costs, which means the amount paid for a better location is marginal to the bottom line, Cunningham said.

The health care industry has also dramatically shifted its real estate strategies after the introduction of the Affordable Care Act. Certain reimbursements are now prohibited for off-campus outpatient departments unless it is located within 250 yards of a full hospital, making satellite offices less profitable. The regulation has led to more mergers, relocations, as well as on-campus expansions around hospitals, which allows providers to charge a higher rate. It’s another reason health care providers like Providence and Cedars-Sinai are combining to form larger networks, where as before, one provider wouldn’t want a doctor from a competing practice near theirs, Cunningham explained.

Providence and Cedars-Sinai will continue to operate as “separate, independent health care organizations,” according to the announcement for their joint venture.

“Both will maintain their distinct identities and respect one another’s philosophy of health care practices.”

The demand for space is also jumping in other parts of Southern California. In the Inland Empire, job gains increased 2.5 percent from the previous year, adding 37,300 new jobs. Education and health services recorded the largest employment increase, adding 13,800 jobs over the last year as gains in health care and social assistance accounted for 95 percent of that job growth, according to Cushman & Wakefield.