How Silicon Valley’s Tech Companies Plan to Deploy $4.5B in Housing Commitments 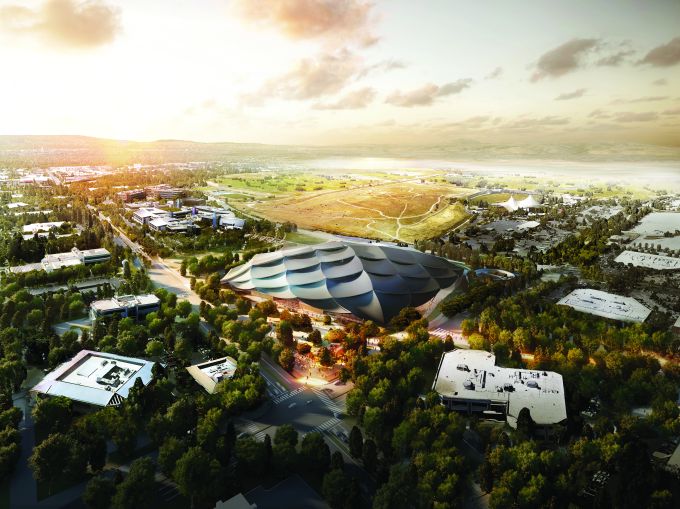 In 2019, three tech titans committed a total of $4.5 billion to help ease the housing crisis in their West Coast home market.

Microsoft planted the seed in January, when it announced that it would invest in Seattle. Google followed in June with a $1 billion commitment to the Bay Area, then Facebook added its own $1 billion in October. The pot more than doubled in November, when Apple announced its own $2.5 billion investment plan.

The commitments are generally targeted at the development or preservation of low- and middle-income housing, through a variety of means, primarily through providing financing or land for multifamily development.

They come at a moment when housing prices and supply in tech-centric markets like San Francisco, Seattle, Los Angeles and New York are at crisis levels. A family making $100,000 is considered low income in the Bay Area; 60 percent of Silicon Valley’s population is one paycheck away from being unable to pay their rent, and half of all Californians can’t afford to live where they’re living.

Even on a corporate level, the situation has become untenable. In December, Oracle announced it would move its annual conference from San Francisco, where it had been held for the last 20 years, to Las Vegas. The loss of the massive event will cost San Francisco $64 million a year, according to one estimate. The decision was prompted by high hotel rates and “poor street conditions,” as CNBC first reported.

The crisis is not limited to San Francisco, but spread across several Bay Area counties, as Google, Facebook and Apple continue expanding across multiple campuses, from San Francisco all the way down to San Jose.

The general consensus is that the housing crisis is a byproduct of the area’s explosive tech economy, coupled with a lack of concurrent housing development. There’s also a pretty widespread faith that the solution is to build more housing, and yet the obstacles to development remain in place.

California is a notoriously difficult place to build. Among the roadblocks that developers often face are density-unfriendly zoning rules, construction costs that rank among the highest in the nation, a byzantine approval process, and local homeowners who are fiercely resistant to development.

“The cost of housing in California is the defining concern for millions of families,” Governor Gavin Newsom said in a press release after Apple’s housing announcement. “It can only be fixed by building more housing.”

The pledges from the area’s largest employers have therefore been welcomed, but not without skepticism.

Both the wisdom and the efficacy of their commitments are up for debate, partially because the amounts are paltry relative both to the size of the problem and the size of the companies. Google’s and Facebook’s contributions are to be deployed over 10 years, bringing their commitments to $100 million a year. For context, Google has spent more than $3 billion on real estate in the Bay Area in the last two years alone, and more than $2 billion on a single building in New York. Apple, by contrast, has pledged to deploy a portion of its $2.5 billion within two years and reinvest returns within five years.

In addition, financing affordable housing is not the most pressing problem, according to Igor Popov, chief economist at Apartment List.

Finally, the funds also expand the role of these corporate goliaths in the public sphere, who will move from employer to landlord, lender and master planner. While these have been characterized as contributions, they are investments off of which the companies intend to profit.

The bulk of the capital will be deployed in one of three ways: contributing company land for housing, financing affordable developments directly, and public-private partnerships.

All three Bay Area tech companies offered land as a portion of their commitments, with Google leading the pack. Of Google’s $1 billion commitment, $750 million will be in the form of land it owns in the Bay Area, according to their initial announcement. The figure is based on the value of the land once it’s rezoned for residential development, according to a Google spokesperson.

That includes land already designated by Google for housing in three cities alongside its existing or planned campuses in Sunnyvale, Mountain View and San Jose. Google is already in negotiations with these cities to develop master-planned neighborhoods that will include Google offices, housing and generous amounts of public space. The housing and public amenities are generally offered as a pathway to the approvals Google needs to build its offices.

While it benefits the Bay Area for Google to dedicate some of its land to residential development, the benefit for Google is twofold. Not only will they profit from the housing itself, it also paves the way for their future office plans.

In 2017, the city of Mountain View, Google’s home base, approved a plan for North Bayshore that would allow about 10,000 housing units to be built on what was previously commercial land — in the same neighborhood where Google is building a 1.1-million-square-foot extension to its Googleplex corporate headquarters, called Charleston East.

The company, which owns 58 percent of the land in the area, followed the city’s rezoning approval with a proposal for a master-planned neighborhood that includes around 5,800 housing units interspersed with retail, new parks along the bay, and 34 acres of public spaces on Google-owned land.

“This is an extraordinary opportunity to transform North Bayshore,” Google’s online material exhorts.

Google is also planning a vast campus near Downtown San Jose, centered around the Diridion train station. The company has bought up over 80 acres of land in the area and, in October, filed a proposal with the city of San Jose for a mixed-use campus for 25,000 employees. The transit-oriented plan includes 7.3 million square feet of office space, 5,900 housing units and 17 acres of public space.

Google has similar ambitions for a mixed-use campus in Sunnyvale, where it has spent roughly $1.5 billion on land since 2017, including a reported $1 billion deal in July 2019 to buy Yahoo’s old campus from Verizon, according to data from Reonomy.

Jon Dishotsky, CEO of co-living developer Starcity, is developing middle-income housing in San Jose, a city that’s changed dramatically over the last five years. Previously, it was a suburban city without much of an urban center, Dishotsky said, but “overnight, pretty much every parcel in the Downtown is under development.”

“It’s kind of the story of the Bay Area,” he said. “There’s an insane amount of office and jobs but major lack of housing.”

Apple has dedicated $300 million of land in San Jose, and Facebook $225 million.

Facebook is in the midst of building a 59-acre mixed-use campus in Menlo Park, called Willow Village, which could employ more than 9,000 people. Its current proposal includes 1.8 million square feet of office space for Facebook and 1,750  homes, a number that Menlo Park officials have urged the company to increase. Facebook did not respond as to whether the land they’re contributing is land already designated for housing at Willow Village.

Both Apple and Facebook announced that a portion of their funds would be used to support the State of California’s housing efforts, and both touted the partnership and Governor Gavin Newsom’s involvement.

“State government cannot solve housing affordability alone,” Newsom said in the Facebook statement. “Progress requires partnership with the private sector and philanthropy to change the status quo and address the cost crisis our state is facing.”

Newsom praised both Facebook and Apple for “stepping up” and doing their part but has provided no details on what the partnership entails.

Facebook committed $250 million to help finance affordable housing development on state-owned land, an initiative that Newsom jump-started in his first month as governor.

In January 2019, the newly elected governor, who campaigned on a promise to ease the housing crisis, signed an executive order to develop affordable housing on excess state land. He also released a budget with an unprecedented $2 billion earmarked for housing, including $500 million for middle-income housing development, an amount he urged Silicon Valley firms to match.

“The workforce housing issues have been exacerbated by the success of a lot of these companies,” Newsom said when presenting the budget. “I do not begrudge other people’s success. But that success is creating burdens and stress.”

By April, the state identified 44,000 parcels that could potentially be used for housing and promised to partner with cities to develop them.

Per Facebook’s announcements, their funds will be dedicated to this program, though it’s unclear how that will play out — for example, whether Facebook or the state will manage the funds, and whether or not Facebook will earn a return on the funds, and if so under what terms.

Facebook did not reply to a request for more information. A spokesperson for Governor Newsom said the governor’s office “will let the releases speak for themselves at the moment.”

The first Request For Proposal under the executive order, which was released in September for a property in downtown Stockton, shows that the agencies involved in the program include the Department of Housing and Community Development, and the California Housing Agency. It also shows that the state will retain ownership of the land, and ground-lease it to the chosen developer for a symbolic $1 per year. The financing for the projects will be up to the developer, though the state will offer its support through a variety of programs.

The nature of Apple’s partnership is similarly vague. Per its statement, Apple will create a $1 billion “first-of-its-kind affordable housing fund that will provide the state and others with an open line of credit” to develop housing “faster and at a lower cost.”

Apple did not respond to a request for comment about its partnership.

When Newsom first called for Silicon Valley companies to support his housing initiatives, critics worried that this could pose a conflict of interest, the Los Angeles Times reported.

“Does it undermine faith in government if these companies are kicking in tens of millions of dollars to advance the governor’s agenda?” Rey López-Calderón, executive director of government watchdog group California Common Cause, told the Times. “It certainly could.”

In addition, all three tech companies are directly investing in development.

Google and Apple both made commitments to the Housing Trust Silicon Valley (HTSV), which funds affordable housing. Google invested $50 million in HTSV’s Tech Fund, which pools money from tech companies, and provides short-term acquisition and construction loans to affordable developers. Meanwhile, Apple made a $150 million investment into a fund that will go towards long-term loans.

The Tech Fund’s loan terms are capped at five years, and Google hopes to reuse its funds over the course of a 10-year period, a spokesperson said. HTSV did not respond to a request for comment.

Facebook has committed $150 million to the Bay’s Future Fund and announced $350 million that it would deploy over time.

None of the companies provided information on how much of a return they expect to make off of their investments.

Regardless, California’s housing crisis has been decades in the making, and it will take more than cash to solve it. While some progress has been made on the legislative front — a statewide rent cap and an expedited approvals process for certain developments passed in 2019 — the year offered a string of failures as well. A density measure that would have allowed fourplexes on land zoned for single-family homes was tabled in the spring, and a popular program in Los Angeles that incentivizes developers to build affordable units near public transportation stops is being challenged in court.

And yet, Popov says that while the problem is a tough one, it’s a good one to have. “High housing-cost growth is a byproduct of a good evolution,” he said. “Economic success also creates challenges, but we do not want the problems of economic demise.”

The question remains as to whether that success is sustainable, and whether it’s truly success if half of a population can’t afford shelter.