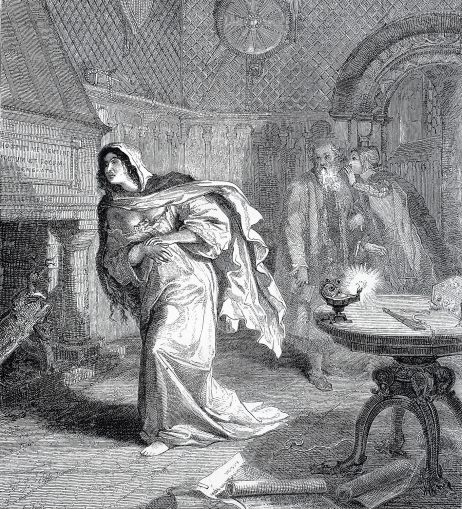 “What’s done cannot be undone,” declared a resigned, guilt-addled Lady Macbeth late in the Scottish play (a.k.a. “Macbeth”) as she hurtled into a final spasm of spot-treating madness.

If only David Werner had listened to this truism, he would have saved himself quite a bit of trouble.

At the beginning of the pandemic, CO reported that Werner was backing out of a deal to buy a $346 million portfolio of multifamily and retail property from Yoel Goldman’s All Year Management. (Or at least attempting to withdraw.)

Mostly. Instead of 74 properties in the original deal, this one will consist of only 68 and instead of $346 million the deal will come in at $302 million, according to documents on the Tel Aviv Stock Exchange.

But that must have served as a nice little confidence booster to everyone who thought that once a deal goes south it never comes back.

And while a lot of developers have put the breaks on anything too grandiose since the coronavirus pandemic unfolded, that hasn’t gotten in the way of Kaufman Astoria Studios, Silverstein Properties and Bedrock Real Estate who announced a $2 billion plan to transform a five-block stretch of Astoria, Queens into a 2.7 million-square-foot mixed-use bonanza. (We’re guessing this had been in the works for a long time…so perhaps Larry Silverstein et al. realized that what’s done cannot be undone.)

Moreover, there was some welcome news on the unemployment front. The economy added some 4.8 million jobs in June, dropping the unemployment rate to 11.1 percent. That was very good to hear! (But, we have to admit, we’re a little fearful that with a second wave of coronavirus coming into bold relief, those numbers might not look as good next month.)

We Still Need All the Confidence Boosters We Can Get

If this multifamily and retail portfolio still looked attractive even amidst pandemic and economic sluggishness, the office market didn’t look nearly so rosy this week.

The market took a 57.8 percent drop from the previous quarter according to a new report by Savills, and it was a 71.2 percent nosedive from last year’s second quarter. Those are the kinds of figures that could drive an otherwise upstanding office broker to drink.

We’re Fairly Sure Hizzoner Is Hitting the Bottle, Too

Mayor de Blasio has also been battered in the last couple of weeks. In addition to his own staffers denouncing his handling of the George Floyd protests, and even talk of a no-confidence vote, the City Council also released its budget this week, and for a progressive mayor who had built his name up as the man who was going to champion affordable housing and schooling in New York City, he was presented with an extremely bitter pill to swallow.

While the City Council took $1 billion out of the NYPD it was also forced to slash 40 percent of affordable housing funding, as well as other public construction projects that de Blasio and many of his cohorts had put so much time and energy into such as schools, senior centers and the borough-based jail plan.

“We tried to save jobs and protect the social safety net programs our communities rely on,” Speaker Corey Johnson told reporters. “With no help from Albany and no aid from the federal government, we came up with the best budget we could.”

The days when New York was looking bad and California was looking good in terms of its coronavirus response are no more. This week Governor Gavin Newsom announced Los Angeles (and six other counties) were closing down bars after seeing COVID-19 cases spike.

Fear of a second wave has also kept AMC and Regal from reopening their movie theaters.

The Deals Roll On

All that being said, business continued, with The Mother Cabrini Health Foundation expanding their footprint at 777 Third Avenue by 26,159 square feet; the fine art gallery Ross + Kramer took 2,500 square feet in the previous home of Bungalow 8 at 515 West 27th Street; the German-based sneaker company Snipes hustled into a 6,000-square-foot space previously occupied by Modell’s in Crown Heights.

But the big deal that CO heard about is one that’s still in the works. Hackman Capital and Square Mile Capital are apparently in advanced talks to purchase Silvercup Studios. (What’s the deal with all the moves going on in the movie studio world? Sheesh!)

Hope one and all had a happy July 4th. See you next week.