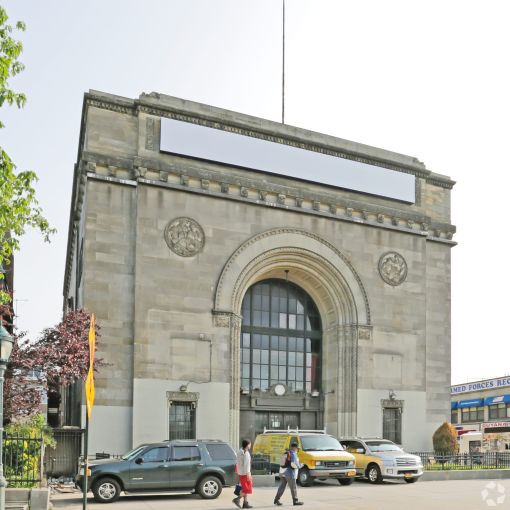 The shoe and streetwear chain inked a 10-year, 6,000-square-foot lease for the entire ground floor of the former bank building at 1117 Eastern Parkway, on the corner of Utica Avenue, according to broker Josh Augenbaum. Asking rent in the deal was $85 per square foot.

“The look and vibe of the store is something we’re sure will thrive in Crown Heights,” Augenbaum told Commercial Observer, noting that the former bank had been Modell’s smallest location before it filed for bankruptcy earlier this year.

Evan Clements, Fritz Kemerling and Joe Mastromonaco of The Dartmouth Company represented Snipes in the transaction.

Clements said that the retailer was drawn to the “architectural presence of the building” and “the proximity to the subway entrance and steady flow of foot traffic on Utica.”

The flow of retail leasing deals is “picking up a little bit” as the state eases COVID-related business restrictions in New York City, said Augenbaum. However, many retailers are still apprehensive about committing to spaces because the reopening dates for indoor dining, nightlife and gyms are unclear.

“Gyms are looking at spaces but they won’t sign leases, and same with food tenants,” said Augenbaum. “Because we were looking at 25 percent indoor capacity for dining [on July 3] but now we don’t know.”