Blackstone and Hudson Pacific to Spin Off Film Studios in Roughly $1.4B Deal 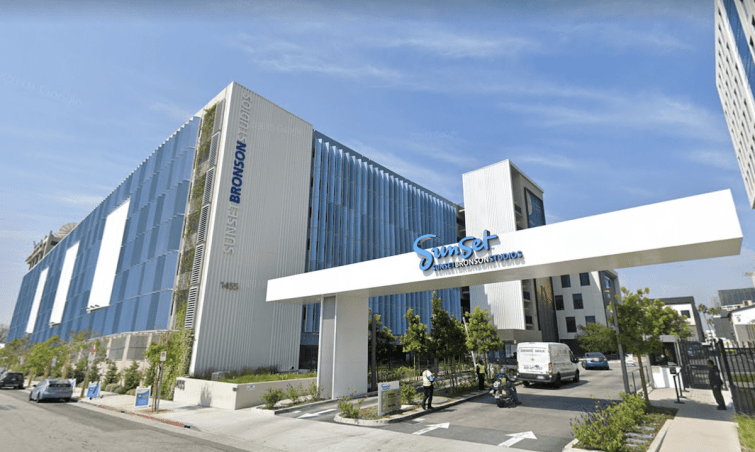 Call it Blackstone’s blockbuster deal, in more ways than one.

One of the world’s leading investment firms is working to recapitalize and repurpose a portfolio worth roughly $1.4 billion that includes major Hollywood film studios owned by Hudson Pacific Properties, Commercial Observer has learned.

An adviser familiar with the deal said the portfolio includes prime filming locations at properties like Sunset Las Palmas, Sunset Gower, and Sunset Bronson — all in the heart of Hollywood. Additionally, three lenders confirmed seeing the transaction’s debt request, and said Blackstone is in the market for $900 million in financing. The request works out to a roughly 65 percent loan-to-value, sources said.

Hudson and Blackstone did not return requests for comment on the deal, the portfolio, or their plans moving forward.

If completed, the deal would be a gigantic bet on the sector by one of the behemoths of the investing world, as well as one of the most significant deals completed since coronavirus hit. The talks follow a sizable deal in the industry last August, when Hackman Capital Partners teamed up with Square Mile Capital Management to acquire the MBS Group portfolio, consisting of a sprawling film and TV studio in Manhattan Beach and a production services platform, for $650 million.

For years, Hudson’s REIT has focused on modern office space for tech, media and entertainment firms. Over the past few years, that REIT also acquired properties that include premier sound stage space including Sunset Gower and Sunset Bronson; and Hollywood Center Studios, which it transformed into Sunset Las Palmas. Those properties are leased by top streaming and tech firms like Netflix.

A source familiar with the deal speculated that Hudson and Blackstone will spin those assets into a standalone entity focused primarily on modern film studios. That will differentiate those assets and their revenue from Hudson’s growing tech and office portfolio, and the uncertain future of workspace in commercial real estate.

REITs typically focus on specific asset classes to match the interests of their specialized investors. One source opined that Hudson’s portfolio was conflicted by a mix of modern office projects and top-tier studio space, which became evident during the pandemic.

Hudson’s shares were trading for a record $38.70 on February 14, prior to the economic shutdowns, but it quickly dropped to a five-year low of $17.99 on March 20 after residents were ordered to work from home and filming production was put on hold. The shares have rebounded slightly to $23.87 — but remain more than 38 percent below the mid-February peak.

A REIT analyst who requested to remain anonymous said investment trusts aren’t trading well right now, so the deal could be a simple way for Hudson to monetize a piece of its business at a higher valuation than where they’re currently trading.

With the support of Blackstone, the deal could help put Hudson in position to compete with firms that operate film studios around the world. For example, MBS Group has close to 300 sound stages around the world.

On the other end, Blackstone could be aiming to get a bite at prized properties at a discount due to economic shutdowns, as consumers move increasingly toward streaming services, which need more production space.

The REIT analyst said Blackstone might look at the portfolio as a stable and predictable business, and buy into it at a 6-6.5 percent yield while it’s trading higher in the public markets.

“Hudson was selling it effectively as this new entity at a better valuation than where it’s currently trading in the public market,” he said.

A New York broker who spoke on the condition of anonymity said: “This is just a really smart deal; everyone who’s anyone wants to get into this kind of investment, and the pandemic has proven it’s an insulated area.”