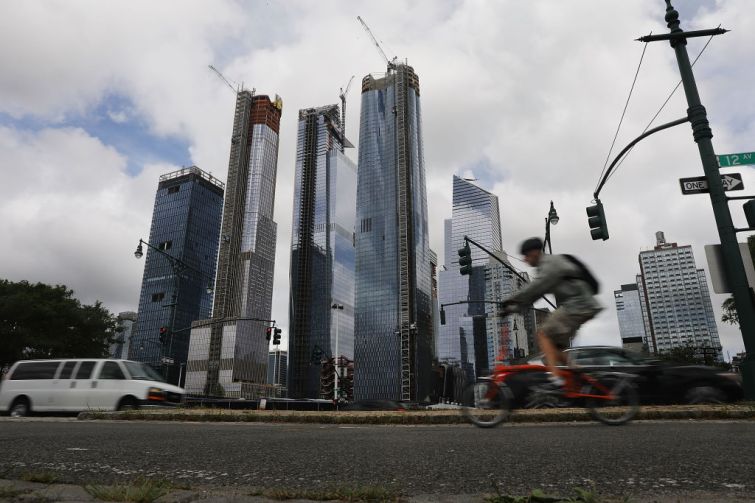 Manhattan office’s market continued to face record lows of leasing activity in the second quarter of this year as the amount of sublet space increased, a new report from Savills found.

“Corporate leasing decisions were kind of put on a pandemic pause,” Danny Mangru, the research director for Savills’ New York and Tri-State region, said. “While there was stuff in the pipeline, only a few trickled through.”

“Many of the leases, they’re either still on hold or some occupiers are reassessing what they are going to do,” Mangru added. “I think this pandemic pause is going to be happening for quite some time.”

Some major deals did make it through the finish line during the second quarter, including the U.S. Securities and Exchange Commission relocating to 241,339 square feet at 100 Pearl Street and TikTok taking 232,128 square feet at the Durst Organization’s One Five One. However, six out of ten of them were renewals, the bulk were less than 100,000 square feet and some closed at a 10 to 20 percent discount on rents compared to pre-pandemic leases, the report found.

And while the demand to lease new offices continued to decline in the second quarter, the amount of available space rose.

Manhattan’s availability rate increased to 11.8 percent in the second quarter from 10.6 percent during the same period last year, according to Savills. The supply of sublet space now makes up 25.4 percent of available space in Manhattan.

“We’ve been seeing this increase in sublet space prior to the pandemic, but it’s for sure going to be increasing,” Mangru said. “Occupiers are looking to shed space as kind of a cost-cutting mechanism.”

Some companies have started to consider shrinking their office footprint after seeing the success of remote working during the pandemic while others have either shut down or need to ditch space to save money. And coworking providers like WeWork and Knotel — which have become major office tenants in Manhattan in recent years — are already in talks to give back space.

In previous downturns, sublet space accounted for 44 percent of all available space in Manhattan and Mangru expects the number to climb to more than 30 percent in the next quarter.

Sublet space also tends to be cheaper than direct space, which could make it harder for landlords to sign deals and shift Manhattan to “more of an occupier market,” Mangru said.

Asking rents increased slightly year-over-year, from $92.83 per square foot for Class-A space to $95.32 per square foot, but Mangru expects that to fall as landlords readjust pricing to compete with sublet space. The number is expected to decline about 26 percent to $62.47 a square foot, Bloomberg reported.

“Landlords are currently in this wait-and-see approach,” Mangru said, adding there should be a much clearer picture of asking rents and the amount of sublet in the third quarter.

Manhattan’s office market was already reeling after it faced one of the worst quarters in nearly a decade because of the pandemic in the first quarter, as Commercial Observer previously reported. The borough was hit with a 50 percent drop in leasing activity compared to the end of 2019.

The second quarter didn’t fare better and Mangru said that even as New York took steps towards lifting the strict coronavirus restrictions this month, it’s too soon to tell if it boosts leasing activity in the third quarter.

However, there are some major deals in the work that could give the third quarter a much needed shot in the arm including Facebook’s 740,000-square-foot deal at the Farley Post Office which CO reported is near the finish line, Mangru said.

And while nearly all neighborhoods around Manhattan had huge dips in leasing activity in the second quarter, the area around Times Square actually had a modest increase compared to the first quarter, Mangru said.

Those deals were largely for newer products while Class-A space made up about 68 percent of all leasing activity in the borough.

“People that are moving forward with deals are kind of moving toward these newer products,” Mangru said.