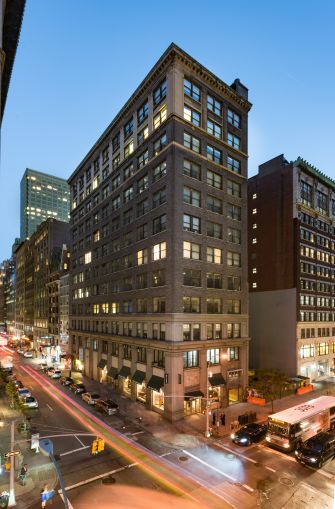 Struggling coworking giant WeWork is in talks to ditch the 115,000 square foot Madison Avenue space it leased two years ago.

WeWork — which has been renegotiating its deals to cut costs amid the coronavirus pandemic — was set to occupy the entire office portion of Columbia Property Trust’s 149 Madison Avenue but the landlord has let brokers know that the space could be available for rent, Business Insider reported.

Spokespeople for Columbia Property Trust and WeWork declined to comment.

The deal gave WeWork the entire building except for the ground floor and WeWork was set to move into the space in 2019, as per CO.

WeWork never took possession and the millions of dollars it needed to spend to open the 149 Madison Avenue space makes less sense after its disastrous 2019 and struggles during the coronavirus pandemic, Business Insider reported.

In April, WeWork hired JLL and Newmark Knight Frank to renegotiate its leases while turning others into profit-sharing agreement, with CEO Sandeep Mathrani telling analysts it was looking to exit or restructure 20 percent of its leases, the Financial Times reported.

In London, WeWork got the Spelthorne Borough Council to agree to waive 18 months of rent for its lease at 12 Hammersmith Grove, a £4.5 million, about $5.5 million, loss for the council, The Bureau of Investigative Journalism reported. The move could be problematic for the small Spelthorne council since it borrowed more than £1 billion for the property, Reuters reported.

WeWork giving back space in Manhattan could also spell trouble for New York City landlords as its the largest office tenant in the city.

The coworking firm leases 8.5 million square feet in Manhattan and has about $486.3 million in annual rent committed to landlords, a report by Savills found.

WeWork and other flexible office competitors have been reeling during COVID-19 which forced its members to ditch spaces.

Knotel — which was crowned a unicorn in last year and pitched itself as a steadier competitor to WeWork — laid off 30 percent of its 400 employees in March and furloughed another 20 percent. It also plans to give back 20 percent of its 5-million-square-foot portfolio to landlords, with a “large percent” in Manhattan, CEO Amol Sarva previously told CO.

This week, Knotel’s landlord at 25 West 26th Street sued the company for allegedly owing $169,040 in rent from March until June.

WeWork started another round of layoffs in March and previously said it has paid rent on 80 percent of its locations in April and May.

Earlier this month, rating agency DBRS Morningstar said WeWork’s survival after the coronavirus pandemic was “questionable” as it expects members to leave in droves.

The company is also facing a class-action lawsuit from investors over its botched initial public offering while members are threatening legal action over its decision to charge fees during the pandemic.

Despite this, Mathrani told CNBC in May that WeWork will be in a good position post-COVID-19 since many companies will be seeking out flexible leases coming out of the pandemic.

“We’re on our path to profitability to 2021,” Mathrani said. “My focus is to right this ship.”