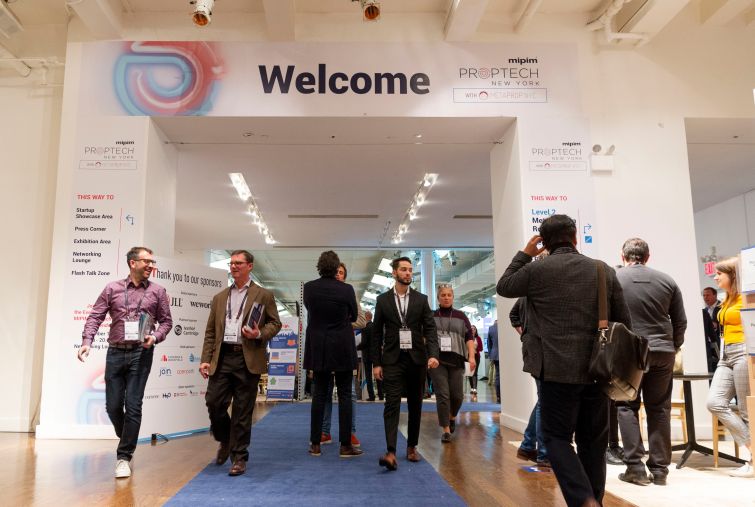 The MIPIM Proptech conference descended upon New York City this week, with the two-day event in Chelsea — organized by MIPIM and MetaProp NYC — featuring a startup competition, a large number of international attendees and panels on topics ranging from cybersecurity to artificial intelligence’s future in the industry. (Commercial Observer, it should be noted, was a media sponsor.)

Here’s a couple of main takeaways from the event, its fourth edition, which counted more than 1,000 attendees per day with about one-third made up of foreign delegates.

Pay Attention to Your Company’s Security

As more proptech companies help building systems get onto the cloud and allow brokerages to offer remote working options, experts said many firms have yet to fully pay attention to the threats of hacking.

Min Kyriannis, the head of cybersecurity for building engineering firm Jaros, Baum & Bolles, warned that it’s not because there’s no danger out there, but simply because the real estate industry has yet to experience a headline-grabbing security breach.

“Systems have not been hacked yet,” Kyriannis said. “Stuff hasn’t happened yet, so we need to be proactive.”

Kyriannis said part of the issue is there’s a lack of education about the security threats companies face. Another is that smaller companies simply don’t have the resources to address every single security issue, said Sandy Jacolow, the chief information officer for Meridian Capital Group.

“I wouldn’t even begin to imagine how some of the small companies deal with that, because they’re just as prone, they’re just as much of a target and they don’t have the staff resource,” he said.

Experts said that companies focusing on artificial intelligence will be the next wave of the proptech industry.

Jake Fingert, a general partner of venture capital firm Camber Creek, said in recent months the firm’s fund has mainly targeted startups with data or AI components because they have the highest potential to shake up the market.

“AI is both increasing efficiencies — because you’re able to work people through your funnel more efficiently — and having real-time responses and real-time booking,” Fingert told Commercial Observer. “We think it’s going to have a tremendous impact.”

Specifically, Fingert expects AI to have the biggest impacts on the workflow for building owners and brokers as well as the construction industry.

“Machine learning, real-time revenue optimization are some areas where we’re seeing some interesting morsels starting to grow,” he said.

But one of the biggest considerations for investors like Fingert is if the real estate industry as a whole will see these new products as must-haves.

“Solutions that sound great on paper but when you go and talk to who the customers would be those folks say, ‘That’s interesting, but it’s more a nice to have than a need to have’ that’s not the type of products [we invest in],” he said. “We invest in things that are really core.”

During a fireside chat, RXR Realty’s chairman and CEO Scott Rechler said that his company has been setting aside a larger chunk of its portfolio to amenity and hospitality options, with 75 Rockefeller Plaza serving as a testing ground.

“You’re working on a prototype of its vertical use [with 75 Rockefeller Plaza],” Rechler said at the conference. “We’re going to replicate that in multiple locations.”

Earlier this year, the firm announced blockbuster partnerships with Airbnb and WeWork at 75 Rockefeller, with the 33-story tower also housing a Convene as well as RXR’s headquarters.

The company has been investing heavily in the proptech space; its RXR Digital Lab combines a 23-person research team with a proptech investment arm that has funded companies like Convene, Latch, Lyric and VTS. The firm has also announced a major strategic partnership across the city with shared kitchen startup Kitchen United.

Rechler said he sees potential for Airbnb to partner up with owners and expand across buildings in the city, with landlords taking over from tenants on some of the logistical headaches associated with short-term rentals.

NYC Will Launch a Proptech Pilot Program for its Real Estate

The Deputy Mayor of Housing and Development Vicki Been chastised the industry a bit during her keynote speech for not paying attention to all kinds of apartment buildings.

Been — who stressed that the city wants to support all proptech startups — said that too many investors and companies only target products that help luxury residential buildings and commercial properties, ignoring buildings with affordable apartments.

“The fact that there aren’t more startups playing in that space is somewhat surprising and disappointing,” Been said. “It seems like our proptech ecosystem is missing or ignoring an enormous market.”

To help change that, Been announced the city will launch a pilot program allowing proptech startups to test their products in the city’s 326.1 million square feet of owned or managed real estate, as CO reported.

Be Wary of Who You’re Taking Money From

While some major real estate companies can be great to score as an investor, some experts warned proptech startups to be wary of firms with little experience in the tech world.

In a panel about venture capital funding in domestic and international markets, Zachary Aarons, the co-founder of MetaProp NYC, said firms like JLL have enough knowledge of the market, but others do not and might structure the deal in real estate terms.

“Don’t take money from tourists if you can avoid it,” Aarons said. “People think that tech is hot right now, it’s global, it’s fun. But that doesn’t mean you need to destroy a company because you feel some [fear of missing out] because your friend who runs another real estate company just did a deal.”