NYC to Launch Proptech Pilot Program for Its Real Estate 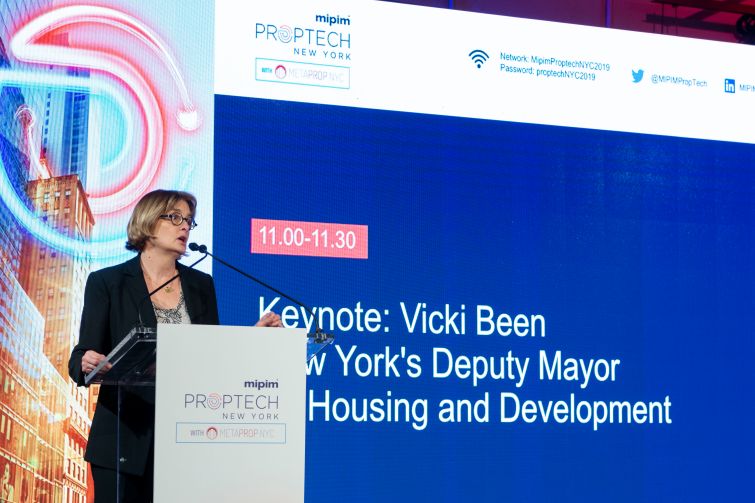 A new program will let proptech startups test out their products throughout the portfolio of the biggest property owner throughout the five boroughs: the City of New York.

“We want to make our buildings available to incentivize the kinds of innovations that you are all out there working on day in and day out,” Been said during her keynote speech. “We want our buildings and our tenants to be helpful to you, and provide a way to test some of the ideas that you are developing so that we can get those ideas out to the market and into buildings even faster.”

The goal of the program will be to help bolster the city’s growing proptech market and also get the technology into properties in underserved communities, not just office towers and pricey condominiums, Been said. The pilot could give startups a chance to test their products on the city’s owned and managed real estate portfolio — ranging from multifamily buildings operated by the New York City Housing Authority (NYCHA) to schools.

“One of the important qualities that differentiate New York City from other tech centers is the commitment of our innovators not just to produce something new, but to produce something better,” Been said. “One way to do better is to get beyond tech for the $10 million apartments [and] to answer the hard problems, the complex challenges that affect people in rent-regulated apartments in South Brooklyn or Northeast Bronx or that affect people living in NYCHA housing.”

The program is still in the early stages of launching and will focus on socially and environmentally focused proptech startups, according to city officials. Been will host roundtable events with leaders in the proptech market to better figure out how to structure the pilot program and published an online survey to find attendees for the events.

In recent years, New York City has become a mecca for the proptech industry thanks in large part to the amount of open data the government publishes freely online, experts previously told Commercial Observer.

Been said during her keynote that, while the city wants to help grow all sectors of the proptech market, it wants to push more startups to develop products that will benefit more than just luxury residential and commercial property owners.

“The fact that there aren’t more startups playing in that space is somewhat surprising and disappointing,” she said. “It seems like our proptech ecosystem is missing or ignoring an enormous market.”