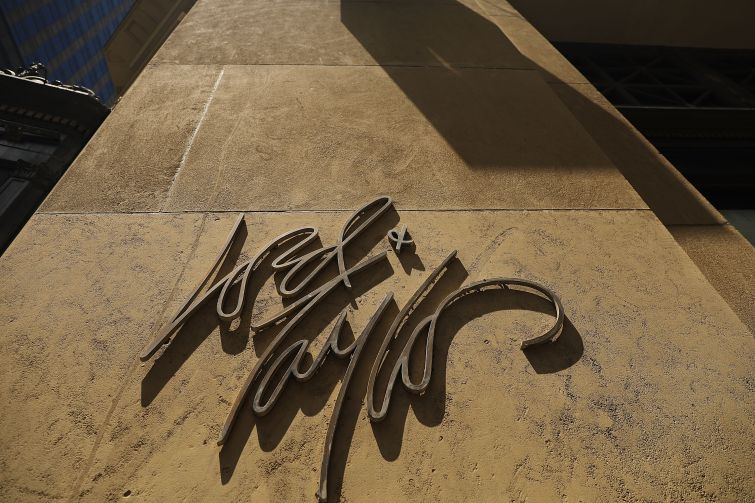 One of the country’s oldest department stores, Lord & Taylor, will be sold to a seven-year-old clothing rental start-up for $100 million.

Hudson’s Bay Company (HBC), the Canadian parent company of Lord & Taylor, entered into an agreement to sell the storied department store to San Francisco-based Le Tote in a deal expected to close before this year’s holiday season, the companies’ announced today.

“Following an extensive review of strategic alternatives, Le Tote’s leadership and innovative approach is the best path forward for Lord & Taylor, its loyal customers and dedicated associates,” said HBC CEO Helena Foulkes, in a statement. “For HBC, this transaction builds upon our previous bold actions, further enabling us to focus on our greatest opportunities, Saks Fifth Avenue and Hudson’s Bay.”

Under the deal, Le Tote will acquire the Lord & Taylor brand and related intellectual property, while assuming operations of its 38 stores, digital channels and the associated inventory, the statement said. HBC will also get an equity stake in Le Tote, two seats on its board of directors, and retain ownership of the real estate assets.

The deal has been broken down into $75 million in cash upon closing and a $25 million secured promissory note payable after two years. Le Tote expects to employ “the vast majority” of Lord & Taylor’s workers, the statement said.

Retail consultant Kate Newlin said the $100 million sales price for Lord & Taylor would have been “laughable” 10 years ago but is probably the right price for the brand during today’s struggling retail climate.

“How the mighty have fallen,” Newlin said. “If you needed a further illustration of where this market is going, where the shopper is going, this is the moment. This is the line in the sand.”

HBC and HBS Global Properties, HBC’s real estate joint-venture, will retain ownership of all of Lord & Taylor’s owned and ground-leased real estate assets, the statement said. HBS, a joint-venture between HBC and Simon Property Group, was the borrower behind a 34-property portfolio leased to Lord & Taylor and Saks that was securitized in CMBS in 2015, according to Trepp data.

HBC will remain on the hook, at least initially, for paying rent at the stores, the statement said. “For at least the initial three years, HBC has agreed to maintain economic responsibility for the rent payments owed by Lord & Taylor at the locations operated by Le Tote,” the statement said. HBC pegs that figure, net of HBC’s distributions from HBS, at about $58 million per year.

Beginning in 2021, HBC and LeTote have the option to review the portfolio of stores, a process that could lead to HBC recapturing locations for potential mixed-use development.

“HBC has hired a team of seasoned professionals to lead the planning and execution of any redevelopment, which is an inherently complex, capital-intensive, long-term project,” the statement said. “For any recaptured or returned stores, HBC retains long-term rent responsibility, risk and costs for redevelopment.”

Lord & Taylor was founded in the Lower East Side of Manhattan in 1853 and eventually opened its iconic flagship at 424 Fifth Avenue in 1914. It changed owners several times throughout the years until HBC acquired it in 2012 after investing $427 million to pay off its debt, Reuters reported.

HBC — which also owns Saks and Home Outfitters — has struggled financially in recent years with declining sales at its stores including Lord & Taylor. Last year, Lord & Taylor made about $1 billion in sales but represented about $89 million in losses for HBC.

In 2018, HBC announced plans to shutter 10 Lord & Taylor outposts nationwide, including the 424 Fifth Avenue flagship, as Commercial Observer previously reported. It eventually sold that building to WeWork and Rhône Capital for $850 million in February.

Lord & Taylor’s sale comes amid a wave of closures and bankruptcies of department stores as they struggle to adapt to the changing retail environment. Last year, Macy’s announced it would shut down 11 stores nationwide, Henri Bendel closed all its 23 brick-and-mortar stores and Sears filed for bankruptcy with $11.34 billion in debt.

Things haven’t looked better this year as retailer Barneys New York filed for Chapter 11 with $100 million in debt after it was hit with a rent hike at its 660 Madison Avenue flagship, as CO previously reported.

With more shoppers heading online and to specialty retailers for their wares, Newlin expects the bleeding of department stores to continue. A one-stop brick-and-mortar space for all your shopping is an outdated business model, she said.

“It goes away, it’s an old idea,” she said. “It’s not thrilling [anymore] so that part is all over.”