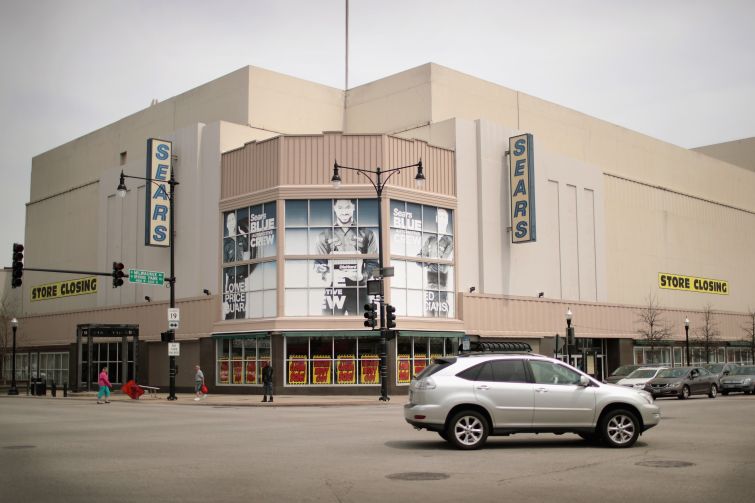 Wallowing under the weight of steep losses and a steady decline in sales, Sears filed for bankruptcy today, marking its main investor’s latest attempt to return the 131-year-old company to profitability.

A filing for Chapter 11 bankruptcy protection submitted to the U.S. Bankruptcy Court for the Southern District of New York listed assets of $6.93 billion compared with $11.34 billion in debt. The filing of court document, obtained from Nationwide Research Company, coincides with a debt payment of $134 million due today that the Illinois retailer had previously said it might not be able to make.

At the same time, Sears said it would close another 142 stores on top of 46 it said it would shutter in August. The company will begin liquidating wares at the doomed retail outlets within the next two weeks, it said in court filings.

Revenue has fallen for Sears—which also controls the Kmart brand—for 11 years in a row, and the company has lost more than $6 billion since it finished a year in the black, in 2010. In its most recent results, posted last month, the company said it lost $508 million in 2018’s second quarter as sales fell 3.9 percent. That was actually an improvement over the year’s first quarter, when sales at extant stores dropped just shy of 12 percent.

Edward Lampert, who has been Sears’ largest investor since 2005, said he is optimistic that a restructured version of the company can still thrive. Lampert, who announced he would step aside as Sears’ CEO, but remain its chairman, personally owns 31 percent of the company’s stock, and his hedge fund, ESL, possesses an 18.5 percent share.

“ESL invested time and money in Sears because we believe the company has a future,” Lampert said in a statement.

Along with bankruptcies and significant store closings at other major U.S. retailers like The Bon-Ton, J.C. Penney and Macy’s, Sears’ decline has walloped big retail centers, most of all the malls where the historic retailer served as an anchor tenant. According to Kroll Bond Rating Agency, the emporium’s outlets serve as collateral for north of $20 billion of commercial mortgage-backed securities loans, including loans on several properties where Sears is the sole tenant. Those properties include Green Acres Mall on New York’s Long Island, Pembroke Lakes Mall in Pembroke Pines, Fla. and Walden Galleria in Cheektogawa, N.Y., near Buffalo—a trio that account for four-fifths of a billion dollars of CMBS debt alone.

None of those stores is slated for the chopping block. Doomed outposts include a Garden City, N.Y. location at 1111 Franklin Avenue, and a store in Cerritos, Calif., southeast of Los Angeles.

Founded in 1886 by Richard Sears and Alvah Roebuck as a company that sold watches through the mail, Sears revolutionized American commerce around the turn of the 20th century by mailing catalogues to rural Americans who previously had to buy household necessities from local agents on credit. The company’s IPO in 1906, the first by a major U.S. retailer, raised today’s equivalent of more than $1 billion, and its shares were included in the Dow Jones Industrial Average from 1924 to 1999, one of the longest such runs in history.

Since he took over the largest stake in the company a decade ago, Lampert has overseen complicated restructurings that have shifted Sears’ assets and debt back and forth between the company’s own balance sheet and that of other entities he controls. In addition to its biggest owner, Lampert, through ESL, is also Sears’ biggest creditor, and in September, ESL offered to buy Sears’ Kenmore line of appliances for $400 million, an offer that is still under review.

A real estate company that Lampert founded with other investors, Seritage, has spent $2.7 billion to buy former Sears locations and redevelop them into residential and office properties.