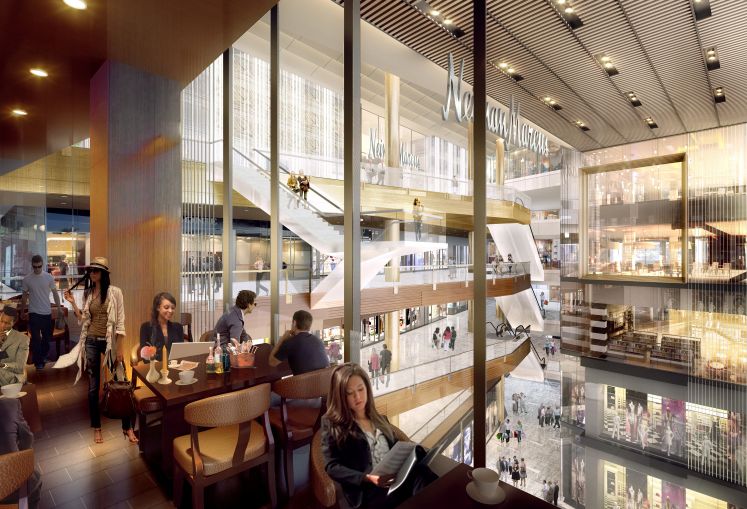 Hudson Yards is not fooling around when it comes to food and drink, which was the big retail news last month.

On December 4, developers of the mega-project announced leases for coffee chains Bluestone Lane, Jack’s Stir Brew and Blue Bottle Coffee at in the 1-million-square-foot Shops & Restaurants at Hudson Yards.

Moreover, as AM New York first reported the day before David Chang’s Fuku is opening at the complex along with Maison Kayser and artisanal ice cream purveyor Van Leeuwen is also opening up spaces at the complex.

After all that food and drink one would need to work it off, naturally, so one will be able to head to I Love Kickboxing, the gym that just signed a 2,551-square-foot lease at the Durst Organization’s Frank 57 West at 601 West 57th Street.

As for non-food-drink-workout retail: Thinking long term, all those new Amazon workers are going to need some place to drop off the kids, so it’s good that NY Kids Club—which provides preschool enrichment programs to the young—signed a 12-year lease for 13,091 square feet on the entire second floor of the two-story, 22,294-square-foot building at 44-16 23rd Street in Long Island City.

As for the biggest single retail lease of the month: Ikea is opening the first of its urban-focused stores in New York—a 17,530-square-foot at the Zucker Organization’s 999 Third Avenue. (Actually, even though it was the biggest of the month, 17,530 square feet is relatively small potatoes as far as Ikea stores are concerned.)