I Love Kickboxing Chain Heading to Far West Side 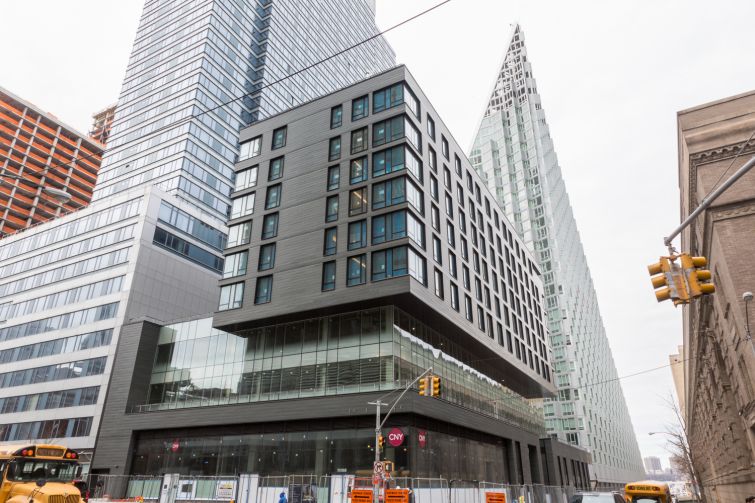 A kickboxing studio chain took space on the ground floor of the Durst Organization’s Frank 57 West, Commercial Observer has learned.

I Love Kickboxing signed a 15-year lease for 2,551 square feet on the ground floor of the mixed-use building at 601 West 57th Street between 11th and 12th Avenues, where asking rents were $75 per square foot, a spokesman for the Durst Organization said.

It will be the chains tenth location in New York City when it opens early next year.

Ashley Mays of the Durst Organization handled the deal along with Steven Baker and Ken Hochhauser of Winick Realty Group while Prime Manhattan Commercial’s Jeff Hersh represented the tenants. The Winick brokers declined to comment through a spokeswoman and Hersch did not respond to a request for comment.

In addition to the kickboxing studio, liquor store Anthology Wine & Spirits inked a 15-year deal for 1,388 square feet in Frank 57 West. The shop plans to open early next year.

Brad Schwarz of Lee & Associates brokered the deal for Anthology. Hersh did not respond to a request for comment.

“They’re in a great location; they’re situated right in between two very dense residential enclaves,” Schwarz said. “I think there will be a great customer base for them.”

The 10-story, mixed-use Frank 57 West is the smallest of Durst’s three Far West Side buildings that include Via 57 West and Helena 57 West. Other tenants in the group of properties include movie theater The Landmark, Hudson Market and AKC Canine Retreat.