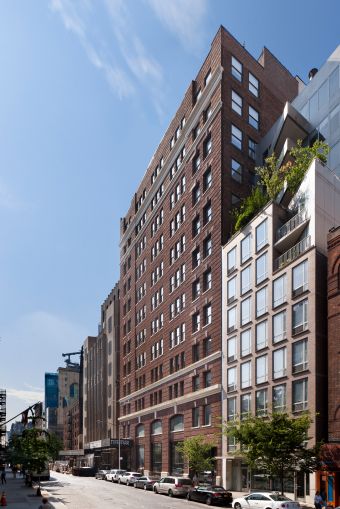 EY, the accounting giant, has signed a 27,000-square-foot direct lease with landlord Columbia Property Trust at 218 West 18th Street, a spokeswoman for the landlord confirmed to Commercial Observer.

The firm, which had a sublease, will continue to occupy the entire ninth and 10th floors of the 12-story, 166,000-square-foot office building between Seventh and Eighth Avenues in Chelsea, as The Real Deal first reported. E&Y’s new five-year, five-month direct lease will begin when the sublease ends in November 2020.

“We’re pleased that [EY] has chosen to become a direct tenant at 218 West 18th Street with a commitment to stay in the building to 2026,” David Dowdney, a senior vice president for Columbia Property Trust, said in a prepared statement. “E&Y fits perfectly among the diverse mix of [technology, advertising, media, information] and financial tenants who have chosen 218 West 18th for its highly appealing Chelsea location and modern, boutique design.”

The asking rent in the building was not immediately clear, nor who were the brokers on the deal. Spokespersons for EY did not immediately return CO’s request for comment. CBRE‘s Paul Amrich and Neil King handled the deal for the landlord, while  Cushman & Wakefield‘s Samuel Clark brokered the transaction for the tenant.

EY has been moving its offices around the tristate area as it is evaluating moving from its 1-million-square-foot space at 5 Times Square, as CO previously reported. Last November, the accounting firm signed a 600,000-square-foot lease at Brookfield Property Partners’ 1 Manhattan West, as CO reported at the time. Then in January of this year it augmented its lease in 1 Manhattan West to 675,000 square feet.

Columbia Property Trust purchased the building at 218 West 18th Street for $174.7 million in October 2017, according to property records. The purchase was part of a larger $514 million deal to acquire three buildings in Chelsea from New York REIT, as CO reported last year.