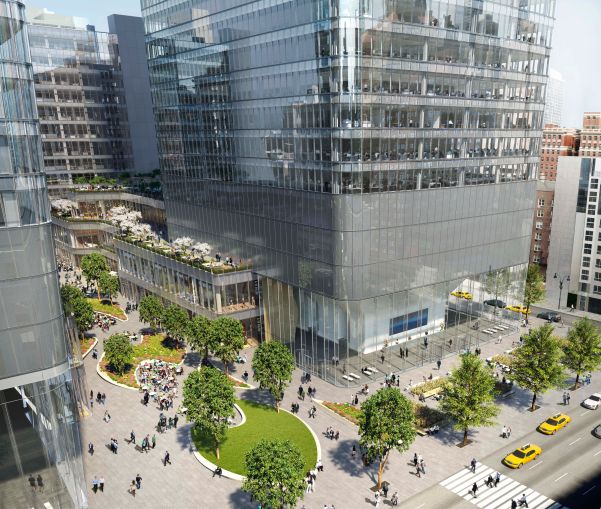 After nailing down a massive lease for new offices in Hudson Yards last November, accounting conglomerate EY is expanding its footprint at Brookfield Property Partners’ 1 Manhattan West to 675,000 square feet.

The London-based firm formerly known as Ernst & Young inked a deal for an additional 71,000 square feet at the under-construction, 67-story office tower, The New York Post reported. The deal comes two months after EY finalized a 600,000-square-foot lease at the 2.1-million-square-foot building going up at the corner of Ninth Avenue and West 33rd Street, as Commercial Observer previously reported. The “Big Four” accounting firm will shell out $654.14 million over the course of its lease, according to The Real Deal.

While the Post didn’t mention the terms of the expansion, the lease EY signed in November will run through May 2037. At the time, EY Partner Megan Hobson told CO that the professional services company hadn’t decided whether to vacate all of its current space at 5 Times Square, where it occupies 1 million square feet on a lease through 2022.

“We are continuing our evaluation of our space needs in the New York area,” EY spokesman John La Place said in a statement.

Mosler described the deal as a “reinforcement of EY’s commitment to 1 Manhattan West.” He added that the tower has 300,000 square feet left to lease, including four full floors where Brookfield is doing custom build-outs for tenants.

“We can do five, 10, or 15-year deals on these build-to-suits that we are doing on the tower floors at 1 Manhattan West,” said Mosler. “We expect these floors, given that they are the remaining floors in the tower, to be very popular.” Asking rent on the remaining floors will start at $130 a square foot and go as high as $150, making it some of the priciest office space for rent in Hudson Yards.

David Cheikin, an executive vice president at Brookfield, told CO in a statement that “Brookfield has had a very strong leasing year, and we’re excited to end it on such a high note with EY’s lease expansion at One Manhattan West.”

One Manhattan West is expected to open its doors in late 2019 or early 2020. Other big ticket tenants set to move into the building include Skadden, Arps, Slate, Meagher & Flom, the National Hockey League and management consulting firm Accenture.

A spokesman NKF did not return a request for comment.

Update: This story has been updated to include a comment from Bruce Mosler, David Cheikin and EY.