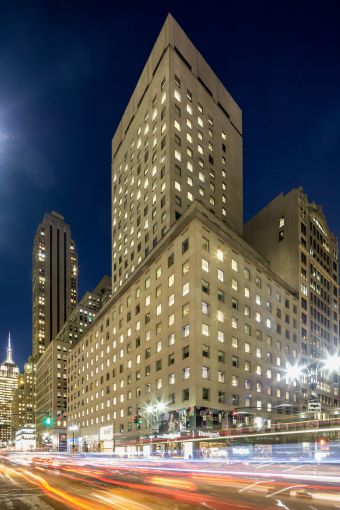 The Beekman Group, a private equity firm based in New York City, is moving from just under 5,000 square feet at 489 Fifth Avenue to 7,803 square feet in the nearby 530 Fifth Avenue between West 44th and West 45th Streets, Commercial Observer has learned.

Cushman & Wakefield’s Douglas Dolgoff told CO that The Beekman Group, founded in 2004, outgrew its space and rather than take two floors at 489 Fifth Avenue, it opted for a full tower floor (23) at the 26-story, 536,135-square-foot 530 Fifth Avenue. The building’s office portion is owned by RXR Realty and a partnership of Thor Equities and General Growth Properties owns the retail space.

“The main driver was trying to keep the location as close to the old location,” Dolgoff said. “We had a tight set of parameters for where they wanted to end up.”

Beekman liked that RXR agreed to deliver a turnkey installation so “they didn’t have to come out of pocket for construction costs,” Dolgoff said. The value of that construction, he estimated, is about $130 or $140 per square foot.

The lease is for eight years with an asking rent of $85 per square foot, an RXR spokeswoman indicated. Beekman will move in upon completion of the construction, she added.

Avison Young’s John Ryan, Anthony LoPresti and Michael Leff represented the landlord along with Dan Birney and Alexandra Budd of RXR. An Avison Young spokesman didn’t respond with a comment.