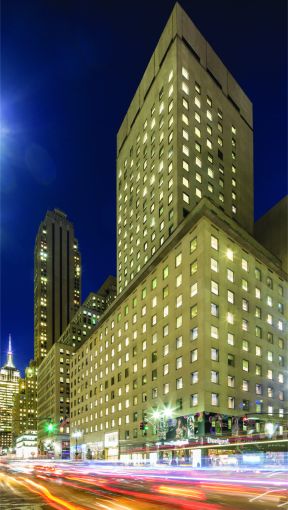 The Santa Monica, Calif.-based Lionsgate will occupy the entire 34,300-square-foot fifth floor of the 26-story building between West 44th and West 45th Streets. The company has been in 7,000 square feet on the building’s top floor since 2013, according to co-landlord RXR Realty. Thor Equities and Chicago-based General Growth Properties also have stakes in the building.

RXR’s William Elder, an executive vice president of leasing, declined to provide the terms of the lease but noted that asking rents at the property range from the “upper-$50s per square foot to the high-$70s [per square foot].”

“We view their newly combined company as the best-in-class in providing modern entertainment content,” Elder told CO in prepared remarks. “Their confidence to grow their business with RXR at 530 Fifth Avenue reinforces the value in a strong, hands-on, ownership-focused landlord, and a quality, efficient building, located in one of the most convenient locations in all of New York City.”

The landlord was represented in-house by Daniel Birney and Alexandra Budd and an Avison Young team of Mitti Liebersohn, John Ryan, Anthony LoPresti and Michael Leff. The Avison Young brokers did not immediately return a request for comment.

Lionsgate, which is behind movies John Wick: Chapter 2 and Patriots Day and shows Nashville and Orange is the New Black, purchased Starz for $4.4 billion last July, as was widely reported at the time. The network will be moving from 521 Fifth Avenue between West 43rd and West 44th Streets by the end of the year. There Starz has about 12,400 square feet on the 19th floor, according to CoStar Group.

Cresa’s James Travers and Lawson Martin represented Lionsgate in the deal. The brokers did not return requests for comment.