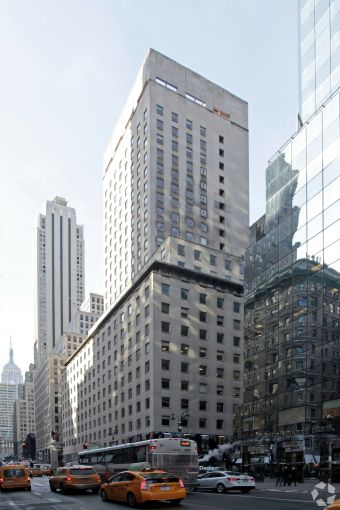 The financial firm will now occupy approximately 21,000 square feet of the 536,000-square-foot building between West 44th and West 45th Streets, according to a press release from RXR. Ameriprise has been based in nearly 15,000 square feet on the 16th floor of the property since 2007, according to CoStar Group.

The renewal is for 10 years, the release indicates. Ameriprise will take part of the 10th floor in the expansion, according to an RXR spokeswoman. Asking rent in the deal was $68 per square foot.

Josh Kuriloff and Andrew Braver of Cushman & Wakefield represented the tenant and declined to comment via a spokesman. Dan Birney and Alexandra Budd of RXR represented the landlord in-house.

RXR scooped up the building in a partnership with Thor Equities and General Growth Properties two years ago for $595 million, as Commercial Observer previously reported. Under the joint venture, RXR manages the office portion, while Thor and GGP handle the building’s 50,000 square feet of retail. The office landlord has upgraded the building’s lobby as well as elevators, according to the release.