Coworking Is Still Small, Risky But Here to Stay: NGKF 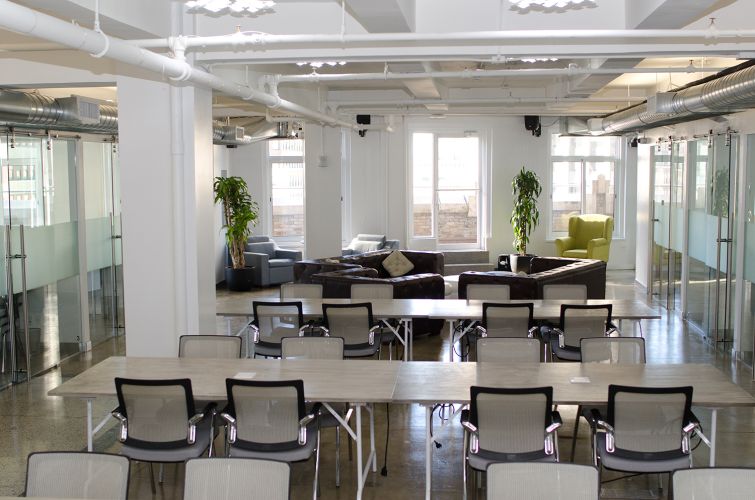 The coworking business has appealed to everyone from millennials who do not need large office spaces and may not have enough credit for long-term leases, to more established companies like advisory firm KPMG that has 75 desks at WeWork’s Manhattan branch.

In New York City, the industry has grown to cover 5.2 million square feet, a 767 percent increase from just seven years ago, according to a new report by Newmark Grubb Knight Frank provided first to Commercial Observer.

Meanwhile, coworking spaces only comprise 1.2 percent of the office space inventory in the city, according to the report. So if the impact of this trend were to soften, as many skeptics suggest, it wouldn’t create a huge dent in the real estate market.

But the fact that coworking is growing is undeniable. Forty-four companies from WeWork to TechSpace opened new coworking spaces in the Big Apple between 2009 and 2016—and some coworking companies that rival traditional landlords in the city. WeWork has grown tremendously from occupying a 42,604-square-foot space at 349 Fifth Avenue in 2010 when it first opened, to 2.7 million square feet across 32 locations in Manhattan, Brooklyn and Long Island City, Queens. A representative for WeWork declined to comment.

It has reached some of the most iconic buildings in Manhattan; WeWork has a 13-year lease for 60,000 square feet in Charles Cohen’s 135 East 57th Street, also called Tower 57, in Midtown, as CO reported this April. It is also a tenant of RXR Realty’s 32-story office tower at 450 Lexington Avenue in East Midtown, where it occupies space above the United States Postal Services office—a deal that took over two years to finalize, as CO has written about.

But smaller companies have also been inking their share of deals—and not small ones. Citco Group of Companies, which organizes coworking spaces for financial services, signed a 20,000-square-foot deal for 10 years at 350 Park Avenue, as CO reported in July 2015. The Yard, a high-end coworking space that has six locations in Manhattan, recently expanded to the Gowanus section of Brooklyn with a 15-year, 24,800-square-foot deal. Competitor Cowork|rs announced a new location in the Bushwick section of Brooklyn just a month prior to the company’s expansion with a 30,000 square feet deal for 20 years.

Keeping up with this trend, brokers have been increasingly working with tenants that are moving in and out of these spaces and are even working with coworking providers. According to the report, landlords have warmed up to the idea and are more willing to lease to coworking providers. Those who venture to open their own spaces, such as Silverstein Properties’ Silver Suites, also cater to clients who outgrow their coworking offices by accommodating them in other buildings they operate.

Coworking spaces are valuable to tenants who are young and in transition, who need flexibility and appreciate a sense of community and collaboration that coworking offers, according to Stephanie Jennings, the director of tri-state research with NGKF.

“The city has been trying to grow its TAMI [technology, advertising, media and information] industry and a lot of that happens at the start-up level,” Jennings told CO. “It gets hard for them because spaces are only offered to high credit tenants. Coworking gives them the flexibility they need.”

But most of these tenants are in their nascent states and if their industries soften coworking will take a hit, impacting several providers and landlords.  But Jennings believes that coworking is unlikely to crash.

“Its flexibility helps small companies grow, so it will be permanent piece of the market,” she said.