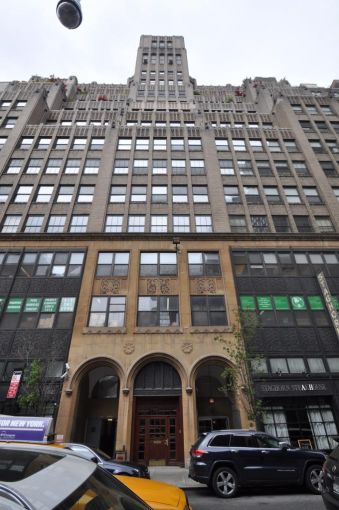 Both Bloomberg LP and WeWork have signed enormous leases for space at two SL Green Realty Corp. properties, according to a press release issued today by the real estate firm.

Bloomberg has expanded its presence at 919 Third Avenue between East 55th and East 56 Streets. In a 15-year lease, it has taken eight floors, or 254,556 square feet, at the 47-story, 1.5-million-square-foot building. In February, Commercial Observer reported that the firm had taken 150,000 square feet at the property, which is near its headquarters at 731 Lexington Avenue. For this deal, Crain’s New York Business reported that Bloomberg was paying in the mid-$50s per square foot.

CBRE’s Craig Reicher and Howard Fiddle represented Bloomberg, which did not immediately respond to a request for comment.

WeWork, continuing its domination of the New York City real estate market, signed a 15-year lease at 315 West 36th Street between Eighth and Ninth Avenues. The lease encompasses 136,118 square feet, or all nine floors, at the building. The office-sharing company also has a number of spaces in the Midtown area, including at 54 West 40th Street, 205 East 42nd Street and 349 Fifth Avenue.

Hays Realty Services represented WeWork in negotiations, according to the press release. The firm could not immediately be reached for comment.

“Each of these transactions required extensive work with multiple tenants to create the blocks of space,” said Steven Durels, the executive vice president and director of leasing and real property for SL Green, in prepared remarks.”These new leases are a testament to the continued strength of Midtown Manhattan’s office leasing market.”