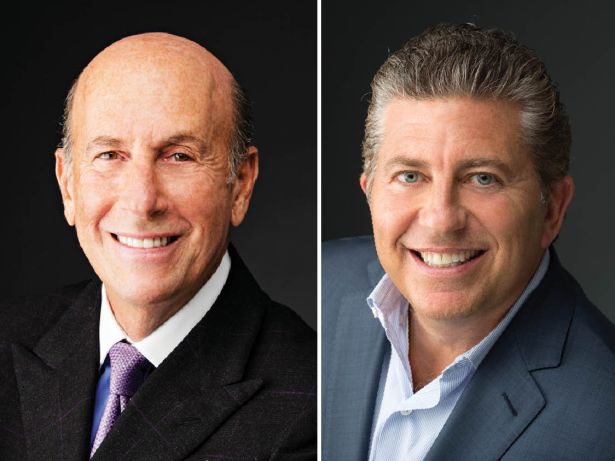 At 425 Park Avenue in Midtown East, workers have finished enclosing the 897-foot-tall office building with facade panels and are getting ready to take down the tower crane in September. Meanwhile, in Times Square, L&L is demolishing the 47-story former Hilton DoubleTree Suites at 1568 Broadway. The 30-year-old hotel will be replaced by TSX Broadway, a new 46-story building that will hold 669 hotel rooms, several floors of retail and entertainment space in the base, and the landmarked Palace Theatre. The hotel’s existing foundation will be reinforced, and new super columns weighing 10 million pounds each will be installed to support the theater, which will be jacked up on top of the columns and the retail podium.

The developers are also wrapping up work at 150 Fifth Avenue, which has been renovated and expanded with a two-story addition in order to accommodate the new headquarters for MasterCard.

In Chelsea, L&L has done preliminary demolition work at the landmarked, 1.2 million-square-foot Terminal Warehouse, which is being redeveloped into office space, retail and a courtyard.

And outside of the limits of Gotham, in the Wynwood section of Miami, the development firm is about to launch a design competition for a new 800,000-square-foot mixed-use development with retail, offices and apartments.

David Levinson, the company’s CEO, said that L&L had been able to collect rents from more than 90 percent of its current commercial tenants, but he told Commercial Observer that few companies have returned to work in its office buildings. He added that he was worried about leasing up the remainder of 425 Park, which will likely be complete by the end of this year or the beginning of 2021. Citadel committed to more than half of the 675,000-square-foot tower last year.

“We are concerned about it [leasing],” said Levinson. “Right now we’re in a very bad place. Will the city recover and get back to where it was prior to this? It’s not just the business world—it’s the politics, it’s the defunding police, it’s the demonstrations. I think a lot of companies are thinking about leaving New York. The politics here are making it more of a challenge.”—R.B.R.