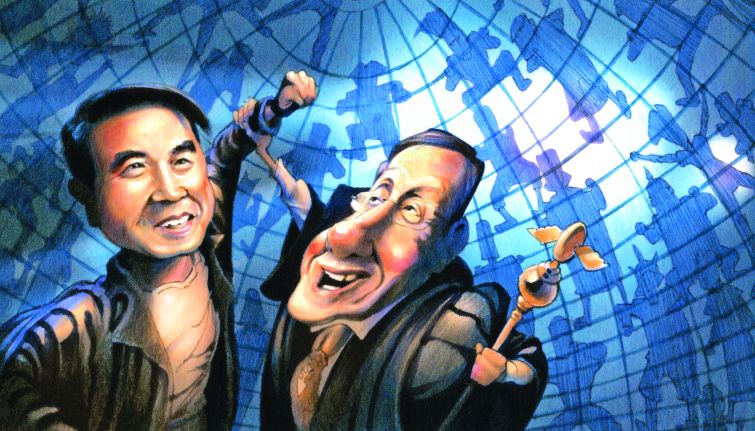 In this year of flux and evolution, we tried to inject as much new blood into Power 100 as possible.

27 of the names on this year’s list were not on last year’s. Some of them, like Sandeep Mathrani, had been on in the past (like when he headed GGP) and have returned in a new incarnation (to head WeWork). Others (like James Whelan) were added in the place of a predecessor who stepped down (John Banks).

An argument could be made that Eric Yuan, the founder of Zoom, has nothing to do with real estate and shouldn’t be on a real estate power list. But, really? Didn’t Zoom throw commerce a lifeline when the world around it was crumbling and nobody was allowed in their offices? And, by the same token, isn’t Zoom perhaps the single-greatest threat to commercial office space now that all these companies figured out they don’t need 100,000 square feet to run a business?

Au contraire, haters, Eric Yuan is a serious real estate power player, even if it’s not the kind of power you like.

Another one that might not be a popular choice with this crowd is Jonathan Litt, founder and CIO of Land & Buildings. Litt has looked at the real estate market in New York and decided it’s too big. He has taken short positions on some of the biggest REITs in the nation. Yes, he has become a power player.

Industrial and logistic real estate is not quite as sexy as other kinds. “If you went back over time and if you were hosting a party for real estate, the popular kids would have been the big regional shopping malls, or the fancy, tall office buildings,” said Blackstone’s Jonathan Gray on a recent Goldman Sachs talk with John Waldron. “At the very back of the line, waiting outside, would have been the warehouses.” But in this crisis, few assets are more valuable. Welcome to the list, Hamid Moghadam, CEO of Prologis.

Life science was likewise something we thought would be important in 2020, and as the economy recovers, hence Alexandria’s inclusion on the list.

But sometimes a newbie will make an appearance to stoke the crowd. Sometimes they don’t have a deep real estate background, but they’re making a debut. Sometimes they want to replace one storied real estate family with the ownership of a local sports team. Welcome to the list, A-Rod!