William Macklowe On Building in Brooklyn and the Five-Day Workweek

He's watching the office market right now, and ready to invest again — just not yet 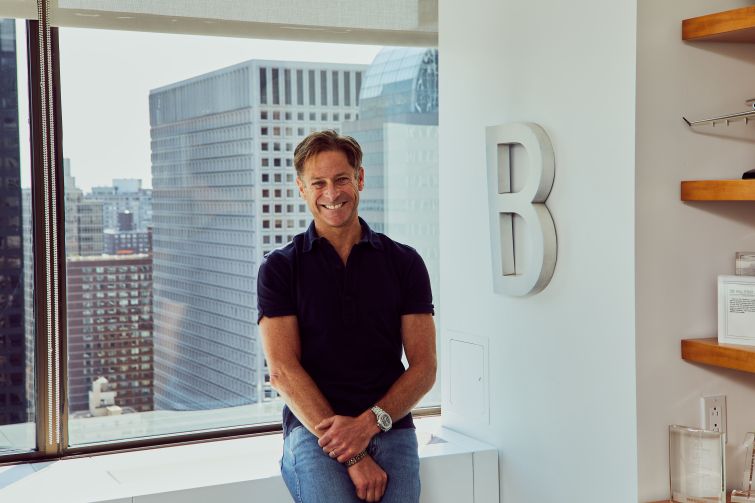 Billy; William; you know, Harry’s son — whatever he goes by, chances are you’ve heard of William Macklowe. Especially if you live in Park Slope, Brooklyn.

The younger Macklowe left his father’s firm to start William Macklowe Company in 2010, poaching 12 of his dad’s employees at the time. In the past dozen years, he’s made a name for himself in Brooklyn, including purchasing the controversial Park Slope development site at 120 Fifth Avenue from Avery Hall Investments for $59 million in 2020.

His deal was far from straightforward. Macklowe nabbed the lot between Baltic and Douglass streets after Avery Hall faced significant backlash from Park Slopers upset with its plan to tear down the 30,000-square-foot Key Foods grocery store and replace it with a mixed-use apartment complex. He decided to honor Avery Hall’s special agreement with local civic organizations, with Macklowe and his co-developer Senlac Ridge Partners agreeing to provide 45 units of affordable housing at the 180-unit project, which recently nabbed discount grocer Lidl to replace Key Foods at the site.

Macklowe is optimistic about the development’s ability to woo Park Slope residents and the broader Brooklyn market. Brooklyn saw office leasing increase nearly 30 percent in the second quarter of 2022 compared to the previous quarter, retail asking rents rise in 10 of the borough’s 17 key shopping corridors early this year, and rents in its most affordable enclaves skyrocket in June (in good news for developers but less so for residents).

While not everything is hunky-dory — there’s still that pesky recession on everyone’s minds and a host of companies cutting office space in New York — Macklowe sees Brooklyn as New York City’s future.

William Macklowe: Brooklyn is an extremely dynamic and exciting borough and market, even its own country, though people will judge you about calling it that. We have tried to invest in Brooklyn through a period of years and have tried to find the right site that fits our criteria. This one [120 Fifth Avenue] happened to do it. If Brooklyn were on its own, it would probably be the fourth-largest metropolitan area in the country. And we’ve seen the evolution of Brooklyn as a market that people want to live in as an economic choice, to today, where it’s really a lifestyle choice.

The market performed fabulously before the pandemic, through the pandemic, and even more so now. When I and my development partner, David Welsh with Senlac Ridge Partners, came together to buy this piece of dirt as partners, we realized that Park Slope is and has always been one of the best neighborhoods in Brooklyn, and this really is an A-plus-plus site in an A-plus-plus market. So we’re very excited to be building in such a dynamic environment.

Speaking of that site, both Lidl and CVS signed on as tenants. Are there any other deals in the works for the remaining space, and how is that project going?

They are both terrific tenants, they’ll be very good co-tenants, and I think they’ll give a lot back to the community. We’ve had a fair degree of retail interest ranging the gamut from three strong well-known brands to neighborhood-type tenancies.

And I think the commitment by both Lidl and CVS this early in our development process will only yield better results and has already started to catalyze further interest from a whole host of quality tenants. We are looking for tenants that complement each other, that work with the building, that work with the community and that work with those who will be living above them.

How did you see the Brooklyn market doing more broadly than your own investments?

Rentals are at all-time highs, absorption continues to run apace, you’ve seen an expansion of geographic borders with Brooklyn going further south and further east, and it’s really remarkable and exciting to see. We’re very happy to be building into that, and we think that stability of the Brooklyn market as we’ve seen, especially through the pandemic, will continue because it has established Brooklyn really as its own identity and its own character.

It’s young, it’s vibrant, it’s dynamic. There’s terrific streetscapes, fabulous restaurants, open spaces, parks, and, as development came into Brooklyn over the last 10 years or so, the buildings are highly amenitized. They are places that people want to be after work — or hopefully not working from home — but when they come home from offices. It’s an extension of the 24/7 fabric that animates the streetscape and makes a very fun place.

What do you think is in store for New York City’s office market? Is this the end of the office as we know it?

It’s a very challenging question because there’s been a lot of smarter people than me that have talked about it, but I think it would be a shame to see the end of the office. What we need to do is take a step back and realize that COVID didn’t necessarily create the flexible work schedule or ultimate work from home — it accelerated to a conclusion around that construct.

I do think that the five-day workweek is gone. And the younger generation of workers that populate the offices want some flexibility. But, by the same token, as we’ve seen through decades and generations, great ideas, great successes, great innovations and great advancements have come from collaboration, teamwork and being together. It’s very difficult to replicate those successes and those advancements forward sitting at home and speaking through a screen.

I think there is going to be an inflection point where people will realize that, and I think people also want a certain degree of social interaction during the day as well. If you consider the fact that New York is running at historic occupancy levels — restaurants are full, bars are full, people are availing themselves of all the cultural things that New York has to offer — they’re just not going to offices. But they still want to be in New York. At some point it goes from bending to breaking, and people will go back to work. I think you’re starting to see a heavy push to be back in the office, especially in the financial sector, because that’s where you get progress and advancement, by being together and collaborating.

Did you decide to pivot away from office to residential?

I didn’t really pivot away from office. I’m not a fund, my business runs out of our own capital, so we have the ability to work opportunistically and move in any direction that we see fit. We love office. We love New York office and we believe in New York office. We were doing a lot of value-add office redevelopment and we were fortunate to sell a bunch of buildings prior to the pandemic, and not because we knew — it was just dumb luck on the timing.

There was so much capital chasing value-add office, it created a massive compression on deals. We just felt that the risk profile was getting a little too tight for us, so we switched and we did a decent amount of medical office development, which was very successful for us. We still continue to try and further our investment endeavors in that arena.

And we love residential. I’m known more for office, but I’ve been involved in the development of multiple apartment buildings in New York over the years, and the ability to build a rental, which is one of the greatest real estate assets in the New York real estate market, is just a fabulous opportunity, so we jumped at it. We built a condominium down at 21 East 12th Street. So we do it all.

You mentioned medical office, and you recently sold your interest in the Upper East Side medical building at 323 East 61st Street to LaSalle Investment Management. What was behind that decision?

Are you concerned at all about the current interest rate environment or other larger economic trends?

I think we’re pretty well-hedged on our project with respect to our financing, but I definitely think it’s having an impact in the market on many levels.

What office properties would you consider a good opportunity for investment?

New-ish or new enough. The availability to effectively repurpose the office building to meet the demands of today’s tenancy or potential tenancies and transit-oriented properties.

Are there any new markets you’re looking at investing in or any other commercial property types?

I think right now we’re staying close to home. We’re not chasing cap rate compression outside of New York. We’re looking to see what happens here. There should be some very nice opportunities over the next 12, 24 and 36 months.

You’ve had a tumultuous relationship with your father. Have you repaired that relationship or spoken to him recently?

I think there’s been enough written about that. Next question, please.

Is there anything else you want to add?

We are a New York firm. We believe in New York and we’re very excited to be getting into the ground at the end of this year.