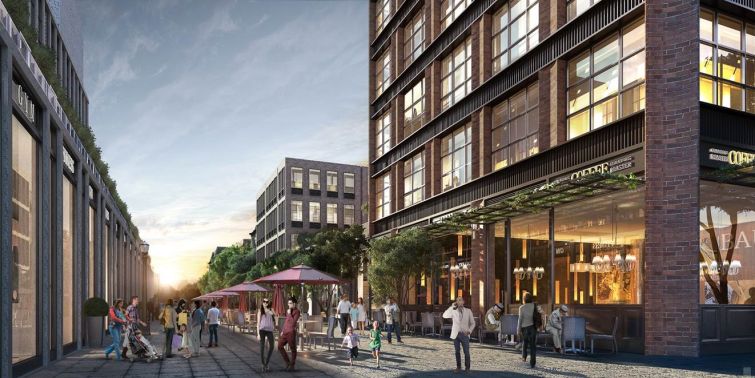 Macklowe — the son of famed luxury condo builder Harry Macklowe — is close to buying the 1.5-block-long lot between Baltic and Douglass Streets in an off-market transaction, according to two sources with knowledge of the deal. Macklowe could build rentals or condominiums on the property, and he apparently plans to honor Avery Hall’s promise to set aside 25 percent of the project as affordable housing. The developer is discussing a draft agreement for the affordable units with the city’s housing development agency, a source told CO.

The move would be Billy Macklowe’s first foray into Brooklyn real estate. The developer is currently working on a 23-story mixed-use condominium project at 110 University Place in Greenwich Village and a medical office building for Memorial Sloan-Kettering at 323 East 61st Street.

Avery Hall picked up the property for $45.6 million in 2017 and could flip it for at least $80 million, according to sources with knowledge of the company. The development firm led by Brian Ezra and Avi Fisher jumped through several hoops to redevelop the 1.8-acre assemblage, including securing a zoning variance and modifying the property’s 1981 Urban Renewal Plan. But the 30,000-square-foot Key Food has continued to operate on the site. In December 2018, managers and workers still hadn’t heard when or if the store would close, the Brooklyn Paper reported.

Ezra and Fisher faced significant backlash from Park Slopers when they announced their plans to tear down the grocery store and replace it with 165 apartments, 41 of which would rent for below-market rates. Avery Hall had aimed to build a 300,000-square-foot mixed-use project with a new 22,000-square-foot grocery store along Baltic Street, 73,000 square feet of additional retail and a 200-car garage.

In 2017, the developer signed a “cooperation agreement” with local City Councilmember Brad Lander and neighborhood groups like the Fifth Avenue Committee. As part of the deal, the firm promised to build the affordable units and execute a regulatory agreement with the city’s Department of Housing Preservation and Development (HPD).

A change to the development plan would require the approval of the City Planning Commission and HPD, which oversees urban renewal plans.

However, the urban renewal plan — which requires a grocery store and affordable housing on the property — will only remain in effect until 2022. After it expires, the site will return to the underlying zoning, which allows residential and commercial development but does not mandate affordable housing or a supermarket. Avery Hall did not sign a regulatory agreement to build the below-market units, according to an HPD spokesman, despite its previous promise to execute an agreement by March 2018.