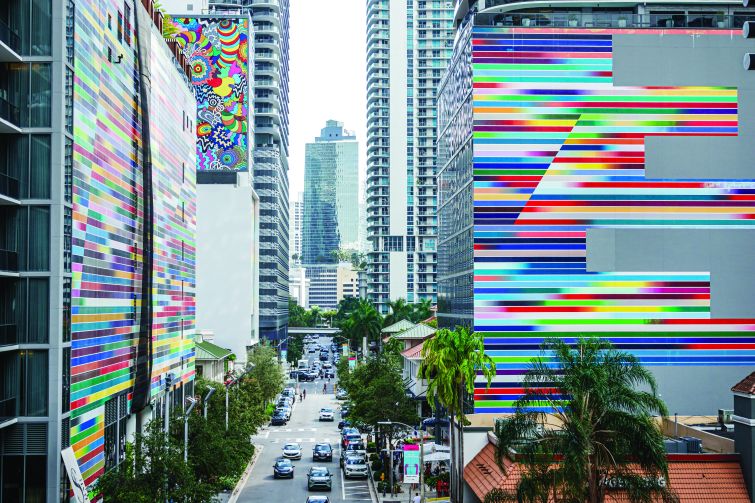 Edgardo Defortuna has millions of reasons to believe in Brickell, a bustling urban area just south of Downtown Miami. His company acquired 81 Brickell-area condominiums in a bulk purchase from Swire Properties in May, and by late July it had sold all but three, mainly to Latin American buyers.

“We were able to resell them immediately at approximately double the price that we bought them at,” said Defortuna, founder, president and CEO of Fortune International. He and Shahab Karmely’s KAR Properties flipped about a tenth of the units in the Reach and Rise condominiums, which opened in 2016 as part of Brickell City Centre, developed by the Hong Kong-based Swire. Brickell City Centre also includes two office buildings, a hotel and a multilevel, open-air shopping mall with restaurants and movie theaters.

The bulk condo sale also put Swire in better position to fund new projects, including a venture with New York-based Related Companies and its billionaire chairman Stephen Ross to develop an 80-story office tower at 700 Brickell Avenue. Swire has owned the site since 2013.

Twenty years ago, Brickell was a high-rise employment center where most sidewalks emptied after dark. “You didn’t want to be walking around at 10 o’clock at night,” said Miami real estate attorney Luis Flores. “I sold my condo unit on Brickell Avenue in 2006, and, boy, do I regret that. It’s such a vibrant neighborhood now.”

Indeed, since the Great Recession from 2007 to 2009, the financial and legal services district along Miami’s Brickell Avenue has diversified into a live-work-play location suitable for 24/7 lifestyles. Among other media accolades, Time Out magazine last year ranked Brickell 28th among the 49 “coolest neighborhoods” in the world.

“Brickell is only going to get better. It has the densest population south of Manhattan and a wonderful array of amenities,” said W. Allen Morris, a veteran South Florida developer based in Coral Gables, a city southwest of Brickell that shares its status as an upscale office market. “Brickell has been one of the top corporate relocation markets in the country, not just in Miami-Dade County.”

Brickell is bordered by the Miami River and Downtown Miami to the north, Biscayne Bay to the east, the Rickenbacker Causeway to the south, and Interstate 95 to the west. Development has spread west of Brickell Avenue and the area’s densely developed waterfront along Biscayne Bay. This high-rise shoreline consists mostly of condos from the Rickenbacker Causeway up to 13th Street, and mostly office buildings north of 13th to the Miami River.

Not everyone is happy about Brickell’s popularity. Longtime office tenants in Brickell face sharply higher rents to renew expiring leases. Retailers and restaurateurs who want to expand in Brickell struggle to find available space.

“There’s not enough [retail or restaurant] space in Brickell for the demand right now,” said Jonathan Rosen, director of retail services for South Florida at brokerage Colliers. “Rents are the highest we’ve seen. Along South Miami Avenue, which is arguably the best corridor, at least for restaurant concepts, we’re seeing $140 to $165 a square foot, triple net.”

“We’re living in a concrete jungle,” said Ernesto Cuesta, president of the Brickell Homeowners Association and a Brickell-area resident since 1977. “I don’t blame the developers. I blame our city leaders.” Cuesta also contends that downpour-driven flooding in Brickell is a chronic problem caused by poor maintenance of the city’s stormwater-control pumps. Sea level rise isn’t helping. Southeast Florida’s sea level is projected to rise 10 to 17 inches above its 2000 level by 2040, and 21 to 54 inches by 2070, according to the South Florida Climate Compact.

Brickell nevertheless continues to attract employers, notably from out of state. Emblematic of Brickell’s appeal among new-to-market companies is billionaire Ken Griffin’s plan to move the global headquarters of his Citadel hedge fund and securities business from Chicago to Miami. In April, Citadel bought a 2.5-acre site at 1201 Brickell Bay Drive for $363 million — the most expensive land deal in the city’s history — and in June Citadel acquired a 26-story office building across the street at 1221 Brickell Avenue for $286.5 million.

The largest Brickell-area office property now under construction is 830 Brickell, a 55-floor office development by OKO Group and Cain International. The developers have pre-leased more than half of the building. Tenants that pre-leased include Microsoft, Thoma Bravo, CI Financial and most recently Citadel.

“Spaces like that are few and far between. Only a handful remain in Brickell,” said Kevin Gonzalez, Colliers’ senior managing director of office services in South Florida. “That’s why 830 Brickell has been able to command some of the highest rents we’ve ever seen. They’re the only one in town with those water views, at least at scale.” He said some tenants have pre-leased offices at 830 Brickell for over $100 per square foot.

Riverfront views are part of the marketing pitch behind condo projects near the Miami River, the northern boundary of Brickell.

For example, Miami-based Related Group is preparing to replace an aging office building at 444 Brickell Avenue with Baccarat Residences, a 75-story condominium along the Miami River, with 318 tower units and 28 riverfront flats and duplexes. Baccarat units have been reserved at prices ranging from $1.4 million to $20 million for penthouses.

“We’re about 80 percent under contract, and we’re planning to break ground on Baccarat by the end of the year,” said Jon Paul Pérez, president of Related Group. Pérez and other residential developers cite the Brickell City Centre mall as one of the major draws in the Brickell area.

Farther west along the Miami River, Newgard Development Group plans to build Lofty Brickell, a 364-unit condominium at 99 SW Seventh Street, about four blocks west of the Baccarat site. Harvey Hernandez, founder and CEO of Miami-based Newgard, said buyers have reserved about 290 of the units at prices ranging from the $500,000s to $2 million-plus. He said its liberal short-term rental rules distinguish Lofty Brickell from nearby condo developments.

“We have a real strong location with a marina component, steps away from Brickell City Centre,” Hernandez said. “It’s one of the most exciting neighborhoods in the country.”

Some multifamily developers, including Related Group and Property Markets Group (PMG), are targeting Brickell’s rental market. Pérez said Related expects to break ground in August for Gallery at West Brickell on Southwest Third Avenue, an apartment building with 500 rental units, including some with below-market rents for tenants whose income is low enough to qualify.

PMG has teamed up with proptech specialist Sentral to develop a Sentral-branded multifamily complex at 130 SW Eighth Street with 803 rental units available daily, weekly or annually. “Sentral will be our property manager,” said Andrew Warman, managing director of capital markets at PMG, “and they will be able to tell, based on demand, how much we should be renting by the night or a standard 12 months, or a number of weeks.” In June, the developers closed their acquisition of the project site, now occupied by a two-story animal hospital. Construction of the 46-story, 570-unit first phase of the Sentral-run residence is expected to start in late 2022.

“Brickell historically has grown as a condo location. New development in the rental space has really started to pick up more recently,” Warman said. “The opening and expansion of Brickell City Centre helped to kind of anchor Brickell’s 24/7 lifestyle, versus just a daily workplace.”

Just south of Brickell City Centre, the Shops at Mary Brickell Village illustrate investor expectations of ongoing upside in Brickell. The popular low-rise cluster of dining and shopping destinations just sold for $216 million. The buyer, New York-based RPT Realty, is likely to redevelop the income-producing property at some point, said Ben Mandell, CEO and managing partner of Miami-based Tricera Capital, which helped RPT with the acquisition.

“It is arguably the best covered land play in the United States,” Mandell said. “It’s very rare that you have a covered land play where the tenants do the type of sales that these restaurants and retailers are doing out of Mary Brickell Village. … But the real highest and best use down the road is vertical development.”

For Warman, the managing director at Property Markets Group, heavier use of mass transit in Brickell is a sure sign of its maturation as an active urban scene.

“Twenty-five years ago, the ridership on the MetroMover was a few people a day,” he said. “I grew up in Miami, lived in New York for 12 years, but now I’m back here. It’s amazing how the city has changed.” 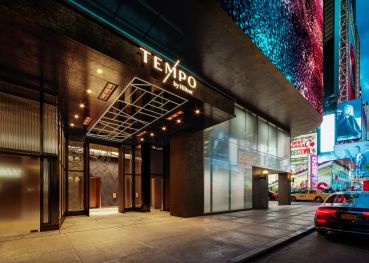